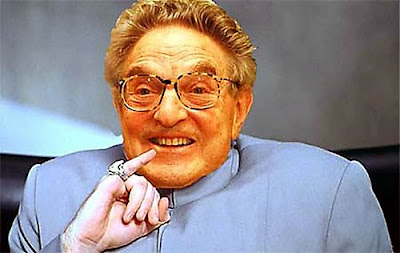 I thought you would be interested in my article on the market crisis that appeared in today's Financial Times.

The worst market crisis in 60 years

By George Soros --- Published: January 23 2008
The current financial crisis was precipitated by a bubble in the US housing market. In some ways it resembles other crises that have occurred since the end of the second world war at intervals ranging from four to 10 years.

However, there is a profound difference: the current crisis marks the end of an era of credit expansion based on the dollar as the international reserve currency. The periodic crises were part of a larger boom-bust process. The current crisis is the culmination of a super-boom that has lasted for more than 60 years.

Boom-bust processes usually revolve around credit and always involve a bias or misconception. This is usually a failure to recognise a reflexive, circular connection between the willingness to lend and the value of the collateral. Ease of credit generates demand that pushes up the value of property, which in turn increases the amount of credit available. A bubble starts when people buy houses in the expectation that they can refinance their mortgages at a profit. The recent US housing boom is a case in point. The 60-year super-boom is a more complicated case.

Every time the credit expansion ran into trouble the financial authorities intervened, injecting liquidity and finding other ways to stimulate the economy. That created a system of asymmetric incentives also known as moral hazard, which encouraged ever greater credit expansion. The system was so successful that people came to believe in what former US president Ronald Reagan called the magic of the marketplace and I call market fundamentalism. Fundamentalists believe that markets tend towards equilibrium and the common interest is best served by allowing participants to pursue their self-interest. It is an obvious misconception, because it was the intervention of the authorities that prevented financial markets from breaking down, not the markets themselves. Nevertheless, market fundamentalism emerged as the dominant ideology in the 1980s, when financial markets started to become globalised and the US started to run a current account deficit.

Globalisation allowed the US to suck up the savings of the rest of the world and consume more than it produced. The US current account deficit reached 6.2 per cent of gross national product in 2006. The financial markets encouraged consumers to borrow by introducing ever more sophisticated instruments and more generous terms. The authorities aided and abetted the process by intervening whenever the global financial system was at risk. Since 1980, regulations have been progressively relaxed until they have practically disappeared.

The super-boom got out of hand when the new products became so complicated that the authorities could no longer calculate the risks and started relying on the risk management methods of the banks themselves. Similarly, the rating agencies relied on the information provided by the originators of synthetic products. It was a shocking abdication of responsibility.

Everything that could go wrong did. What started with subprime mortgages spread to all collateralised debt obligations, endangered municipal and mortgage insurance and reinsurance companies and threatened to unravel the multi-trillion-dollar credit default swap market. Investment banks' commitments to leveraged buyouts became liabilities. Market-neutral hedge funds turned out not to be market-neutral and had to be unwound. The asset-backed commercial paper market came to a standstill and the special investment vehicles set up by banks to get mortgages off their balance sheets could no longer get outside financing. The final blow came when interbank lending, which is at the heart of the financial system, was disrupted because banks had to husband their resources and could not trust their counterparties. The central banks had to inject an unprecedented amount of money and extend credit on an unprecedented range of securities to a broader range of institutions than ever before. That made the crisis more severe than any since the second world war.

Credit expansion must now be followed by a period of contraction, because some of the new credit instruments and practices are unsound and unsustainable. The ability of the financial authorities to stimulate the economy is constrained by the unwillingness of the rest of the world to accumulate additional dollar reserves. Until recently, investors were hoping that the US Federal Reserve would do whatever it takes to avoid a recession, because that is what it did on previous occasions. Now they will have to realise that the Fed may no longer be in a position to do so. With oil, food and other commodities firm, and the renminbi appreciating somewhat faster, the Fed also has to worry about inflation. If federal funds were lowered beyond a certain point, the dollar would come under renewed pressure and long-term bonds would actually go up in yield. Where that point is, is impossible to determine. When it is reached, the ability of the Fed to stimulate the economy comes to an end.

Although a recession in the developed world is now more or less inevitable, China, India and some of the oil-producing countries are in a very strong countertrend. So, the current financial crisis is less likely to cause a global recession than a radical realignment of the global economy, with a relative decline of the US and the rise of China and other countries in the developing world.

The danger is that the resulting political tensions, including US protectionism, may disrupt the global economy and plunge the world into recession or worse.

Sheesh, I really have to be more careful about giving out my personal e-mail. George is such a crank, but unfortunately the old chap seems to be right about everything above, except for the part about the ability of the Fed to stimulate the economy without filling long-term bond yields with helium. They're already out of room, and this is going to hurt.
Posted by MarcLord at 2:33 PM