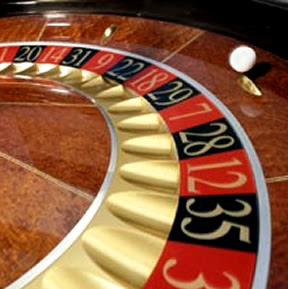 Barack Obama Won Nevada
That's right, contrary to every major news story, he won Nevada. I just happened to notice it over the weekend, in a Hawaiian newspaper story posted on the Drudge Report--Hillary Clinton will take 12 Nevada delegates to the Democratic Convention, while Barack Obama gets 13. I don't pretend to know how, nor am I inclined to research the Rube Goldberg state electoral procedures, during which the Clintons unsuccessfully sued to invalidate the votes of the largest union there, the Culinary Workers, which endorsed Obama. Bottom line, he won 13-12 in a state which Hillary Clinton led by 25 polling points 4 months ago.

Kind of interesting that the national press didn't focus on that fact, instead only reporting that he was defeated in the popular vote. If Corporate Media consistently dumps on a candidate, that's probably a good reason to take a closer look at them. The Howard Deaning of Obama continues, along with others who find even less favor. What coverage John Edwards has gotten makes people think he's either a) unctious or b) is the most right-wing Democratic candidate, Ron Paul is ejected by bouncers, Dennis Kucinich is crossed off the guest list. Pundits shake their compensatory shotguns in anger about liberal media bias, the lovely status quo is protected, and the elites keep on singing their anthem: "They Can't Overcome."

Until the national media declares that Al Gore won the 2000 presidential election because he won the popular vote, I will continue to assert that Barack Obama won the Democratic caucuses in Nevada. To agree with one statement without agreeing to both statements is to be caught in a logical contradiction. If delegates to the national convention don't determine who won a state in a nomination campaign, then the Electoral College doesn't determine who wins the Presidency in a general election. We all know, of course, that both of those propositions are false.)

He won the debate last night as well, as usual. As a political speaker and debater, he is far ahead of the competition. Watching last night, I got the feeling he wished there was someone who could play at his level. It was like watching a pro tennis player at the net against an amateur, volleying back everything with ease.

Also, isn't it ironic that the congressional black caucus held a debate excluding a candidate. You'd think they'd know something about exclusion and not having a voice. And his positions are the most beneficial to the black community.

Lord Wife watched the debate and bemoaned La Clinton. She has been very well prepared for debates.

I'm not up on the congressional black caucus...they excluded Obama, or someone else?

No, they didn't, but they (The Congressional Black Caucus Institute) co-sponsored a debate that did, e.g. last night's debate excluded Kucinich.

Oh, Hillary was well-prepared. She wants it bad, and that's what comes across more than anything. And the way her style contrasts to Obama's only makes that clearer. He even pointed out after one of her smear attempts that people aren't going to be inspired by a candidate who will say anthing to become president.

Wow, that's messed up! Re: Kucinich, the only reason he doesn't have my vote is because he can't get elected in this frigging country. Obama knows how to toe the line better, but underneath the Uncle Harvard he is a flat-out radical economic populist. He's just hiding it well and making reassuring 'play ball' motions to the elite. In reality he will start kicking them in the face the second he has the power, if it ever gets that far.