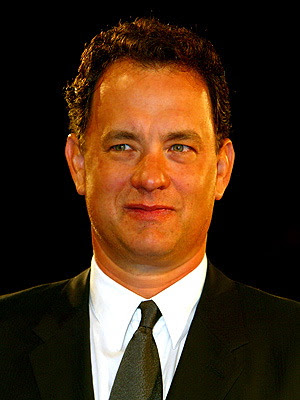 Likeability & The Presidency
A couple of recent articles have come out regarding candidate likeability, and it's about time. If Tom Hanks ever decides to run for President, he'd probably win, because he maxes out surveys on the most liked personality. I mean, look at him. You feel like you know him, and how could you not vote for him?

Even back when the terms "branding" and "image alignment" only concerned livestock and mapmaking, likeability was key in who finally made it through the flaming hoops which guard the Oval Office. Candidates remain fond of saying, "For once let's keep the debate to the issues. Let's focus on policy, the challenges facing us, and who's best qualified to lead the country." Sure. That's the cue for Matt Drudge and Rush Limbaugh to jump in from their respective sties, noting that Hillary's face is wrinkled up like a 60-year old woman's, Barack's lips are the color of chicken liver, and Dennis Kucinich can't be elected because he wears funny ties.

It's always been a popularity contest. Scrolling down the post-WWII list points out how crucial the Like Quotient has been:

Eisenhower : I Like Ike
Kennedy : Camelot
Johnson : Screw Likeable! I Killed To Get Here
Nixon : Me, Too! And Don't Make Me Kill You
Ford : Who Am I, And Why Am I Here?
Carter : I Will Never Lie To You
Reagan : Just Win One For The Gipper
Bush One : Gosh-Darnit, There He Goes Again
Clinton : I Feel Your Pain
Bush Too : Preznit For Dummies

Those Presidents above with poor Like Quotients (Johnson, Nixon, and Ford) all got into office via the exceptional circumstances of assassination, resignation, impeachment, and succession. (Quick Aside: Was Ford Nixon's way of intentionally flipping the bird, his way of saying, "All right, Congress. Ok, America. You want to impeach me? Fine! I'll inflict the human equivalent of an Irish Setter on you. And I already wrote my own pardon for him."?) If I take a look at the corresponding list of losing candidates for these presidencies, it reads like members of The Society for Social Stiffness: Robert Taft, Adlai Stevenson, Richard Nixon, Barry Goldwater, Hubert Humphrey (likable, but stiffened by LBJ baggage), George McGovern, Gerald Ford, Walter Mondale, Michael Dukakis, Bob Dole, Al Gore, John Kerry.

The Media Age amplifies human traits in the electoral process, egging on the gossip-driven attention to trite details, raising the effort required to assemble an overall impression. There are simply more bases which candidates must cover, and no longer can a John Quincy Adams or a Warren Harding become President just because Congress or a political machine knows he's a Good Man whose time has come. A fairly long get-to-know-you period came to be required to engage common opinion, commencing long before the plebiscite occurs courtesy of often gag-inducing media forced feedings.

The new "medium is the message" dynamic in politics made its grandest entrance on September 26th, 1960, when Dick Nixon and Jack Kennedy engaged in the first televised presidential candidates' debate. Nixon, just out of two weeks in the hospital, refused makeup to cover his pallor and five o'clock shadow. Kennedy was fresh and tanned from time in California, and didn't need any. On substance, the pundits declared Nixon the debate's clear winner. Subsequent polls of the 70 million viewers, however, showed a large majority thought Kennedy had won.

Perhaps his good looks, impeccable grooming, good humor, optimism, polished delivery, and articulate answers compared favorably to Nixon's obvious discomfiture, harsh demeanor, and complete lack of charisma. Enough people got past their issues with Catholics and the Irish to get Kennedy in, and he remains the only American President who was not an Anglo-Saxon Protestant. Likeability can overcome prejudices and unfamiliarity. Outside of Arkansas, who had heard of Bill Clinton? Or Mike Huckabee?

Ignoring a candidate's likeability is political suicide. Dubya may have a low approval rating, but he's more likeable than John Kerry, even on one of Kerry's best days, which are reported to occur once a decade. Vote fraud may have been technically responsible for Kerry's defeat, but Dubya's gee-shucks, Preznit For Dummies schtick was still working its mojo well enough to ward off the obvious. Let's face it, enough voters already hated Bush, the election shouldn't have even been close. Kerry's personality, reminiscent of a sheet of unfinished plywood, screwed it up.

Barack Obama is genuinely likable, particularly apparent when you see him in person as Lord Wife and I did last week. (Not much of a political blogger, am I? Took a week to get this post up.) Although Obama's extremely smart, he's able to be smart in a charming way, so he doesn't have to hide himself behind a mask. When he listens, he listens. When he responds, his brain and his mouth are both engaged. He's prepared, of course, talking points at ready, but the points are clothed with the real weave of his visions, ones which include people's obvious desires, realistic knowledge of what's doable, and intrinsically high standards. All without taking himself or others too seriously, still managing to seem "loose," comfortable within.

Hillary does the same thing, really, only when she does it, she comes off as a "cold, calculating bitch." One can more fairly deliver that label as "competent, brilliant woman," which she most certainly is. You could add "most determined, hardest working." The woman busts her ass. Yet something about her laudable efforts rings false, and she rightly fears admitting who she really is would scare us too much. Obama doesn't have that problem, so he comes off as likeable where Hillary comes off as deceitful.

We'll see if Obama's high Like Quotient can overcome Fears of a Black Planet as it previously got past fears of crippled leaders (FDR) and fears of papal control (JFK). This is a special-needs election, so it probably can. Huckabee's extremely high Likeability Quotient on the other side may transform this election into an epochal national crucible, one which decides not just the country's direction, but its fate. If both win their Party's nominations, it would make the symbolism complete; it's as if America has to choose once again between the bright yet unsure possibilities of Emancipation and the staid security of the Klan.
Posted by MarcLord at 3:47 PM

What I can't understand is how did Bush Lite get away with running as the security candidate in 2004? He's the guy who let 9/11 happen, and he was able to run as the guy who will protect America? Why did no one in the media point out this hypocrisy?

Just to make it clear: he was the President who was warned in the summer of 2001 that Osama Bin Laden was "determined to attack America." He responded by spending the entire month of August 2001 on vacation. America was attacked in September 2001. This attack very conveniently allowed the military-industrial complex to resume its ravenous ways that were temporarily slowed by the dissolution of the Soviet Union.

Nixon, both bright and sharp, was viciously disdainful of anyone he didn't consider smart. As a man, his core motivators were hatred and revenge, and I'm morally certain he took delicious sadism in his choice of Ford as successor, to whom he would have made it abundantly clear that pardon was quid pro quo.

Yet that wretched event, and particularly all which has followed, especially the skull and bones election of 2004, are like something out of a Nathaniel Hawthorne story. As in, "Young Goodman Brown:"

There is something ravenous that is bigger than any of us, and we all know deep down that the raven must be fed. Yet it is possible to face the facts without being overly cynical.

Human nature has its dark and devilish sides, but also its good, and even saintly. My fear is that we have not yet "bottomed" as a nation, and I wonder how much more it will take to satisfy the raven.