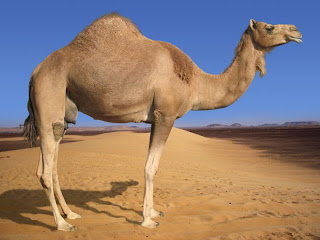 Arab Oil Money Bails Out Citigroup
With a noose. Widely heralded as a wonderful thing in the US financial press, in reality Citigroup's deal for $7.5 billion in cash indicates outright panic. It was on very unfavorable terms. via Euronews:

Capital-starved Citigroup, the world's largest bank, has gone cap in hand to the Abu Dhabi's government investment arm, which has snapped up five percent of the bank for five billion euros. Above and beyond a price that values the banking giant at only 100 billion, the amount its market value has lost this year, Citigroup is paying a premium for its shot in the arm, as it is selling mandatory convertible securities to Abu Dhabi, with a fixed coupon of 11 percent, well above the average US junk bond yield of nine point four percent.

Abu Dhabi becomes Citigroup's biggest shareholder, and the purchase is just the latest international asset snapped up by an oil-rich Arab state, where cash is currently sloshing around looking for a home with the near-record oil price.

Gulf investors have splashed out this year to the tune of 47 billion euros, more than in the last two years combined. It is all part of their long-term strategy to build economies that can survive after their black gold dries up.


Where to start...ah, yes, the 11% interest rate. If my mortgage were 11 percent, let's see, I'd be paying twice as much for Casa Lord. Where can I find a CD which pays that? The Abu Dhabi bankers would rightly say the price they paid is fair, represents the risk associated with Citigroup stock and its termite-ridden loan portfolio, and was doing the company a favor by saving it. In terms of implied valuation, the biggest US bank is now a relatively small player on the global stage.
Posted by MarcLord at 5:25 AM

Wow! 18.95%? That's a deal! Here there's no limit on what credit cards can charge, really, so rates are starting to hit 30%, not counting fees, of course.

Sorry, you're coming at it from the wrong angle. I'd focus on the Michael Jackson angle, since he was a recent guest in Abu Dhabi. Definitely better for increasing readers.

You're right Jon, I could do that. But then you wouldn't come here.

(Actually, if you followed the tabloids better you'd know that M. Jackson's permanent domicile is in Dhubai. Suffer the little children...)