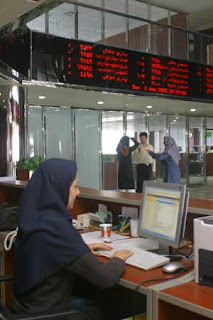 What Your Wallet Is Up Against, And Why
How do you kill a mountain
how do you make it fall?
Well you chip away, every day
and soon the clay fades away.
And the hole you've dug
and the dream you hug
will be like a bug in your ear.
Can't you hear?
Bobby Darin, Live at the Troubador, 1969

A lot of people, myself included, have been all over the cases of Dick and the Cheneyettes, BushCo, et al, for their invading the Mid-East. Most people in the world, if they hadn't before, have come to accept Iraq was invaded for its oil. Yet I've never, ever seen any news story, heard any interview, or read any English-language attempt to explain why, or otherwise utter a word about it. So here's a question: if all the United States had to do was print up more dollars to buy more Iraqi oil, why bother invading Iraq to seize its fields?

Saddam truly did pose a threat to the US empire. But the threat wasn't posed by Weapons of Metaphorical Destruction (he tried to get rid of any he might've had), neither by non-existent nuclear ambitions, nor by nascent schemes to fly balsa model airplanes soaked in anthrax aquavit across the oceans to Manhattan. Saddam's threat was to the Almighty Dollar. Given what the main stream media spouts, this claim probably seems further-fetched than Saddam dropping barrels of VX into the Great Salt Lake. Nonetheless, it's true, it's old news, and it explains what the hell our country's armies are doing in the Mid-East now. It explains why BushCo can't leave, and can't win.

As I wrote back in August, Saddam Hussein attacked the US currency basis when he began selling Iraq's oil in exchange for Euros in 2000 (Iraq: Baghdad Moves to Euro, November 1st, 2000). Saddam decided to make a direct assault on the carefully crafted and well-enforced UN sanctions, his aim was very good, and it provoked a response escalated far beyond what he expected. For reasons I'll explain below, BushCo and the Cheneyettes are super-sensitized to what he did, and they invaded Iraq to defend the value of the Empire's currency. They're marshalling all the forces they can against Iran for the same reason.

Iran's threat as a nuclear power is a metaphor, or better, a useful myth which simplifies its true Persian Restoration aims into a bite-sized morsel suitable for repeating in short sound bites. In the messier realms of reality, Iran has been planning to open the Iranian International Oil Bourse for some time, and they bought the building for it on Kish Island in June. The exchange in that building is wired and ready to go now. The idea is to get OPEC countries to start selling their oil for Euros, and to make the Euro a second reserve currency, an alternative to the dollar. As soon as that happens, regardless of the scale of trading, the dollar will head right down the drain. Because the end will be in sight, and future value can be reasonably foretold. Given that the dollar lost 5% of its value against the world currency basket in the second week of December, the expectation of the dollar losing its current status as the sole reserve currency is gaining strength:

“But if one day the world's largest oil producers allowed, or worse demanded, euros for their barrels, ‘it would be the financial equivalent of a nuclear strike,’ said A.G. Edwards commodities analyst Bill O'Grady.

‘If OPEC decided they didn't want dollars anymore,’ he added, ‘it would signal an end of American hegemony by signaling an end to the dollar as the sole reserve currency status.’

So, in plain language, if Iran succeeds in opening the oil exchange on Kish Island, the US wouldn't be able to afford its Mid-East occupations, operations thus far entirely financed by the sale of bonds. Bonds paid for in electronic funny money which doesn't even bother to roll off printing presses anymore. Little more than IOUs. The new oil exchange poses a much greater threat than Saddam's currency adventure ever did (accounting for the UN Oil for Food program didn't entirely decouple his oil sales from the dollar), and Iran is a hair's from getting nuked over ending US dollar supremacy. Lest you doubt this, see neocon pit bull Jerome Corsi's May, 2006 subtly-titled article on the subject, "Iran Signs its Own Death Warrant."

So viewed from this perspective, by invading the Mid-East and directly securing the source of its currency's value, the Bush Administration is simply defending the status quo of an Empire established more than 50 years earlier (at Bretton Woods), and strengthened after the costs of the Vietnam War burned through the gold reserves built up during WWII. Bankrupted, the US defaulted on its gold payments to foreign governments who sought repayments of debt in gold on August 15th, 1971.

I'll skip over the financial ulcers which led the US to further leverage its currency by progressively weakening its linkage to gold in the 20th century, but suffice it to say that every currency in world history not backed by precious metals has lapsed into hyperinflation within a few generations. In 1971, the Nixon Administration simply declared that it would henceforth repay its debts in dollars, completely decoupling the dollar from gold and making it a "fiat" currency; no one could stop them, but the Nixonites recognized they needed something else besides gold to hold over the heads of other governments, and to give them a compelling reason to keep building up dollars, in essence being forced to pay taxes to the US. They would sell their goods and take dollars in return, dollars they knew would be worth less and less. So what was the incentive?

Henry Kissinger had the bright, actually diabolical, idea of using oil to back dollars. In 1972 the House of Saud agreed to convince OPEC to exclusively take dollars as payment for oil. In exchange, the Saudi royal family would have the US fighting forces at its beck and call, and would effectively rule the Mid-East, which it did until September 11th, 2001.

The United States has no good military options against Iran. The best it can do is threaten Iran with overwhelming force (nuclear attack) while it tries to figure out more certain ways of forestalling a world shift away from the dollar as reserve currency. The most certain way is "regime change" in Iran, and the installation of a friendly dictator. The next most certain way is via a secretly negotiated treaty with binding terms and conditions. A stop-gap would be using any external means to keep Iran's Oil Bourse from opening for business, an avenue probably being pursued now through deals with the UN, Russia, and China. None of these methods will succeed in forestalling the inevitable for long, because even if Iran is mollified or otherwise kept from its Euro ambitions, the oil producers of South America are too far gone off the farm to ever bring back. The Euro will be a second reserve currency to a world looking to diversify, i.e., to reduce its dollar holdings before they go out worthless.

If you hear an Iranian Oil Bourse has opened, is trading in Euros, and Iran has not been attacked, that day will mark the symbolic and real end of the American Empire. You would do well to start thinking like a foreign central bank, and move whatever wealth you have into something of value, that is to say, into most anything other than dollars.
Posted by MarcLord at 12:35 PM

I've heard this theory proposed recently by one of my friends and decided to investigate it. It is the first and only explanation for our (relatively) sudden reliance upon military force to accomplish nebulous U.S. goals that actually makes sense. What doesn't make sense to me is North Korea, China, and Iran's military posturing. Such posturing only offers their opponents a perceived legitimacy in the use of force. Why would they invite this? Isn't it smarter for them to play the sheep militarily but act the wolf financially?

"Isn't it smarter for them to play the sheep militarily but act the wolf financially?"

Great, great question. That may be what they're doing (except for NK) in a general sense. In other words, they're sticking to their own economic knitting while maintaining a strong defensive posture.

Any student of US foreign policy knows that US military doctrine post-Vietam has been to only attack countries which can't effectively fight back. So if you were an Iranian or Chinese planner, you would want to maintain a certain level of defensive "sting." As for North Korea, the planners there have correctly observed that maintaining a (barely credible) nuclear threat puts them in a position to shake down richer economies, and to preen domestically.