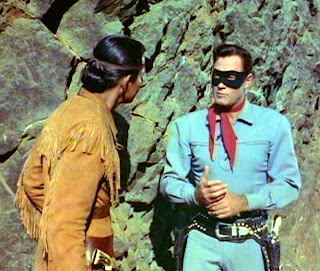 What Passeth Beyond All Understanding
The level of uncertainty is now at maximum. We who hold our ears down to the iron horse's rail like Tonto can't tell what's coming because the vibrations are so long and strong we've never heard anything like them before, and can only resort for comparison to legends our grandmothers told us. For example, I feared and predicted the US would attack across the borders of Afghanistan into Pakistan, and yesterday, its fighter-bombers did. Both targets were religious schools, mashrams, where children are taught in seminary to regard the West as the enemy. Our armies, bureaucrats, and politicians consider these schools to be sources of the Taliban, the safe harbors of al-Qaeda, but our leaders are deaf to the groans, creaks, and shrieks I hear coming through the tracks. Against what's coming, there is no witch's spell which can be spoken, no guided missile which can keep our myths from being broken.

In the islamic world, these schools are part of a Great Reformation every bit as profound as what happened after Martin Luther said Christians were free to read the Bible for themselves. A hundred years of war and more were fought over that proposition, and our country is acting as if it's the Catholic Church of the 1500s. The number of dead at the schools were said to be 18 and 80, respectively, most of them children. The Western Press claimed that Pakistani jets carried out the attacks. Every Pakistani source denies that, but in the end, it doesn't matter which. This I know, the dead children's teeth were white as snow and their blood was as red as my son's. Pakistan is about to go up in Protestant coup d'etat. In my self-appointed role as Tonto, I must lift my ear and tell the Lone Ranger that what's coming is horrible and big, big, big, Ki-mo-saa-bei.

(Source for the bombing information was Mary-Louise Kelly's dispatch from Pakistan.)
Posted by MarcLord at 10:41 PM