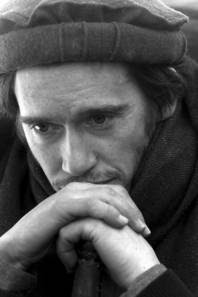 Footnote #59: Nailing The Failing
I've been reading Rory Stewart's travelogue of his 2002 winter walk through Afghanistan, "The Places in Between." It's not just a dynamite book of its kind, it's the only book. In it he makes a point which should be ever-obvious about the Prozac Policies of this generation of Western governments, and comes close to nailing why we're failing. We want the benefits of colonies without the responsibilities, yet our systems deny the inclination, imagination, and the persistence required to understand the cultures underlying the regimes we've changed:

Critics have accused this new breed of administrators of neocolonialism. But in fact their approach is not that of a nineteenth-century colonial officer. Colonial administrations may have been racist and exploitative, but they did at least work seriously at the business of understanding the people they were governing. They recruited people prepared to spend their entire careers in dangerous provinces of a single alien nation. They invested in teaching administrators and military officers of the local language. They established effective departments of state, trained a local elite, and continued in the countless academic studies of their subjects through institutes and museums, royal geographical societies, and royal botanical gardens. They balanced the local budget and generated fiscal revenue because if they didn't their home government would rarely bail them out. If they failed to govern fairly, the population would mutiny. Postconflict experts have got the prestige without the effort or the stigma of imperialism. Their implicit denial of the difference between cultures is the new mass brand of international intervention. Their policy fails but no one notices. There are no credible monitoring bodies and there is no one to take formal responsibility. Individual officers are never in any one place and rarely in any one organization long enough to be adequately assessed. The colonial enterprise could be judged by the security or revenue it delivered, but neocolonialists have no such performance criteria. In fact their very uselessness benefits them. By avoiding any serious action or judgement they, unlike their colonial predecessors, are able to escape accusations of racism, exploitation, and oppression. Perhaps it is because no one requires more than a charming illusion of action in the developing world. If the policy makers know little about the Afghans, the public knows even less, and few care about policy failure when the effects are felt only in Afghanistan.

In reading his on-the-ground experiences while simply trying to make it across the country alive, the primary conflict in Afghanistan emerges naturally; a conflict not between Coalition Forces and insurgents but one between a social revolution sponsored by Iran (represented by Ismail Khan), and an ancient Islamic feudal system in the process of being co-opted by the Taliban (sponsored by oil-rich Sunni families). Both have widespread popular support and deep cultural sympathies, and both see Hamid Karzai as a clownish American puppet unworthy of annoyance. But Rory's wrong about one thing in his 59th Footnote above: the effects of failure in Afghanistan will be felt far beyond its borders. Today Pakistan announced the acceptance of a Taliban mini-state in Waziristan after a four-year war and several recent treaties have failed to mitigate its influence.
Posted by MarcLord at 3:54 PM