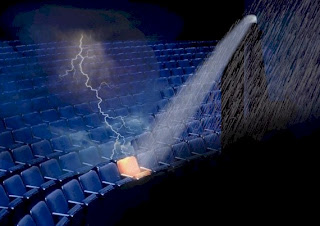 It Only Took 5 Years (Not 50)
Sometimes it takes 50 years for these kinds of truth to come out, sometimes 100. Or never.

"The Government's case for going to war in Iraq has been torn apart by the publication of previously suppressed evidence that Tony Blair lied over Saddam Hussein's weapons of mass destruction.
A devastating attack on Mr Blair's justification for military action by Carne Ross, Britain's key negotiator at the UN, has been kept under wraps until now because he was threatened with being charged with breaching the Official Secrets Act.

I was First Secretary in the UK Mission to the United Nations in New York from December 1997 until June 2002. I was responsible for Iraq policy in the mission, including policy on sanctions, weapons inspections and liaison with UNSCOM and later UNMOVIC...
I read the available UK and US intelligence on Iraq every working day for the four and a half years of my posting...

During my posting, at no time did HMG assess that Iraq's WMD (or any other capability) posed a threat to the UK or its interests. On the contrary, it was the commonly-held view among the officials dealing with Iraq that any threat had been effectively contained. I remember on several occasions the UK team stating this view in terms during our discussions with the US (who agreed). (At the same time, we would frequently argue, when the US raised the subject, that "regime change" was inadvisable, primarily on the grounds that Iraq would collapse into chaos.)

Any assessment of threat has to include both capabilities and intent. Iraq's capabilities in WMD were moot: many of the UN's weapons inspectors (who, contrary to popular depiction, were impressive and professional) would tell me that they believed Iraq had no significant materiel. With the exception of some unaccounted-for Scud missiles, there was no intelligence evidence of significant holdings of CW, BW or nuclear material."

(via via, and via A Tiny Revolution)
Posted by MarcLord at 9:16 AM