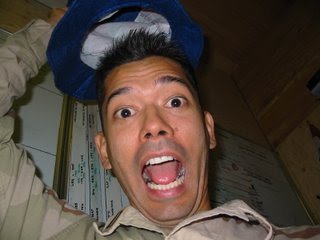 Hats Off To You, America!

I thought that an African-American would be nominated by his party to run for President. Just that I'd be in a retirement home eating oatmeal through a straw, and that he'd be a former CEO who talked like Thurston Howell the Third. But barring Denver's Invesco Field blowing up in the next 90 minutes (which I admit remains a slight possibility) it's going to happen. Wow! Sometimes we really are a better America. Here's what the Jane Austen of the Right, Peggy Noonan, has to say about the Democratic Convention so far:

As for Bill Clinton's speech, halfway through I thought: The Master has arrived. Crazy Bill, the red-faced Rageaholic, was somewhere else. This was Deft Political Pro Bill doing what no one had been able to do up to this point at the convention, and that is make the case for Barack Obama. He lambasted the foe, asserted Obama's growth on the trail, argued that he was the right man for the job and did that as a man who once held that job and is remembered, at least in terms of domestic policy and at least by half the country, as having done it pretty darn well. He gave his full imprimatur to a crowd that believes he has an imprimatur to give. As Clinton spoke a friend IM'd, "What is this, the Clinton convention?" The fact is, until both Clintons spoke, it was. Now oddly enough it isn't. Now eyes turn, and finally, to Obama. This was one of the great tee-ups.

The Hillary speech was the best of her career. Toward Obama she was exactly as gracious as she is capable of being. Mrs. Clinton's speeches are rarely notable for great lines but this one had a number of them. "It makes sense that George Bush and John McCain will be together next week in the Twin Cities, because these days they're awfully hard to tell apart." KAPOW. We'll be hearing more of that one. "Sisterhood of the travelling pantsuits" – funny and self aware.

She normally doesn't use the teleprompter – actually it's rare for her to use one -- but last night she did, and she proved herself the most gifted pol on the prompter in current political history. Her statement from the floor during the rollcall? Fabulous. The decision to put Obama over the top and ask for acclamation? Masterly. Mrs. Clinton's actions this week have been pivotal not only for Obama, but for her. She showed herself capable of appearing to put party first. I also believe she has come to appreciate both emotionally and intellectually The Importance of Being Teddy.

She will not be the president of the United States the next four years, but she can ease herself into the role of Teddy Kennedy-esque fighter for her issues in the Senate. And that I think is exactly where she means to go, and what she means to be. And that, for her, is a brilliant move. Really: brilliant. Here's one reason: Teddy is, throughout his party, beloved. Beloved would be something very new for Hillary.

That's from someone who despises the Clintons. And the rest.

(Update: just back from a 'babies for barack' nomination house party. Invesco field blew up, yes, but only from cheers and a beyond-capacity crowd. America has its first ever black presidential nominee, and he's someone who could've written his own ticket to anywhere on Wall Street after graduating from Harvard Law, but instead went to try and lift people up. I was on the phone with a business owner in London this morning, who said, "We were all up late last night watching the live coverage of Obama's Convention." He said Biden spoke at 2AM Greenwich Mean Time. Tell me how it's all tarnished and hollow in the morning, but tonight just tell me, "How cool is that?")

I watched the convention too, through a dreadful headache and I thought it was cool too. And reeeally, because america, and only america makes possible such a convention, America is "the only hope" this world has.

I liked it a lot!

no, my friend, I won't tell you that (how it's tarnished and hollow). I don't care if it is just a speech, it was great to hear a near-president speak to the people like that.

without hope, there's nothing. (And I hope your headache is better.)

Well, it's the next day, and it still feels good. Now McCain has picked a female VP who's a "heartbeat away" and even younger than Obama. Dick Cheney's in Georgia saying, "For god's sake, what do I have to do to start a war?"