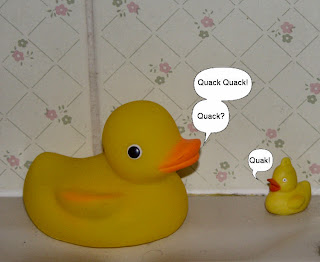 The Russians Are Conspiracy Theorists, Too
And they would know a thing or two about conspiracies. Vladimir Putin accused the Bush Administration of provoking the Georgia Conflict to help John McCain win the presidential election:

"The suspicion arises that someone in the United States especially created this conflict with the aim of making the situation more tense and creating a competitive advantage for one of the candidates fighting for the post of US President.”

Mr Putin said that his defence officials had told him that Americans were operating in the conflict zone in Georgia during the fighting.

He added: “It should be admitted that they would do so only following direct orders from their leaders. Therefore, they were acting in implementing those orders, doing as they were ordered, and the only one who can give such orders is their leader.”

A White House flack responded, of course, by calling Putin a Conspiracy Theorist, adding that his intelligence apparatus must be as bad as the CIA:

“To suggest that the United States orchestrated this on behalf of a political candidate – it sounds not rational.

Those claims first and foremost are patently false, but it also sounds like his defence officials who said they believed this to be true are giving him really bad advice.”

Yep, no 21st century political party would ever use an international crisis to try and wag the d-- I mean win an election. Not like they used to do during the olden days. Despite that fact, I had thought of, heard co-workers speculate, and read of that possibility almost every day, so it's good to know we're not the only ones to think of it. At least one world leader is on the same wavelength. Kinda sad when the Enemy of the Month seems more with it than your own.
Posted by MarcLord at 3:21 PM