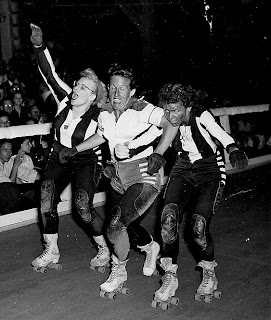 Blagojevich Might Skate
I previously marveled that the Blago case broke with the tradition of political corruption cases because no money had actually changed hands. Turns out there's a reason. The Chicago Tribune blew it for federal prosecutors by ending its cooperation with Fitzgerald, who had requested they hold a story, by running it on Dec. 5th. The run-down is given in a dynamite inside-reporting WSJ online article:

Conventional wisdom holds that U.S. Attorney Patrick Fitzgerald ordered the FBI to arrest Rod Blagojevich before sunrise Tuesday in order to stop a crime from being committed. That would have been the sale of the Senate seat vacated by President-elect Barack Obama.

But the opposite is true: Members of Fitzgerald’s team are livid the scheme didn’t advance, at least for a little longer, according to some people close to Fitzgerald’s office. Why? Because had the plot unfolded, they might have had an opportunity most feds can only dream of: A chance to catch the sale of a Senate seat on tape, including the sellers and the buyers.

The precise timing of Tuesday’s dramatic, pre-dawn arrest was not dictated by Fitzgerald, nor was it dictated by the pace of Blagojevich’s alleged “crime spree.” It was dictated by the Chicago Tribune, according to people close to the investigation and a careful reading of the FBI’s affidavit in the case.

At Fitzgerald’s request, the paper had been holding back a story since October detailing how a confidante of Blagojevich was cooperating with his office.

Blago read the story, called his brother, and told him to "Undo that thing." Slimeball? Yes. But it is not a crime to advance agendas, or to go over a list of preferred candidates and discuss one's future political career, and Blago can honestly say he didn't take a dime for the governor's prerogative regarding appointment of vacated Senate seat. That's why he's not resigning. The way he sees it, having a third party set up a charity which he and/or his wife could run is not illegal, and I don't know that he's technically wrong on that. He figures a local jury will see it his way. Expect taped evidence and testimony that makes him look like a pig, but America has elected worse.

As for the rumors that Rahm Emanuel or Obama are mixed up in influence peddling? Hopeful tempest, meet pretty teapot. They promised nothing but appreciation. It's right in the complaint.

As a retired law enforcement officer it has been my experience, literally, that arrests with warrant are executed early in the morning for a couple of reasons: the individual is usually home and unprepared. This approach has been around for many, many years and I just assumed this was the FBI's strategy.

I had, too, and it seems like SOP. Later in the article, it says Fitz's team worked all weekend ASAP to file and arrest so others caught on tape wouldn't have time to rehearse defenses with each other. My guess is the feds just missed a Monday AM launch goal.

Could be Marc. Interesting. I have mixed feelings about this. I mean what did this clown really do, other than bluster about wanting to be paid for his selection? I would be surprised if many other pols didn't do this. It is odd indeed and I think a good lawyer will get him off the hook.

Yeah, Mike, I went through some of the complaint, and I could find only two instances where an actual figure was cited by Blago, or by proxy. One was his idea for setting up a charity. The other was in regards to Senator Candidate 5.

Blago's almost certain to get impeached and will be pilloried in the court of public opinion, but Fitz's strongest cards seem to be either a) getting someone to turn, or b) perjury. The rushed nature of the complaint would indicate they're worried about the machine closing ranks.

Fitz is the most skilled prosecutor in the country and betting against him is a bad idea. But this does not look like a slam dunk.