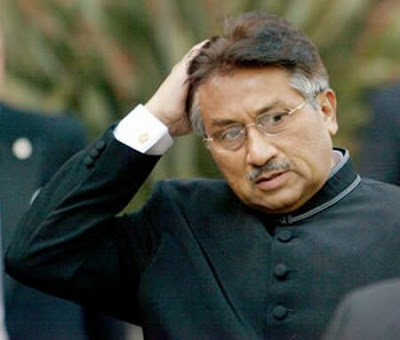 Pakistan Declares Martial Law
A year ago, exiled former Prime Minister of Pakistan Benazir Bhutto began offering US leadership a magic bullet: if they helped her become Prime Minister of Pakistan, she could iron out all its problems. Musharraf was leaned on and was proffered a populist coalition government with Bhutto, an arrangement he eventually accepted. Last week, however, Bhutto's promises and populist appeal didn't last past the car bombs in Karachi.

Today, Musharraf declared martial law, deposed the head of Pakistan's Supreme Court, and suspended the constitution and elections slated for January. The US expressed disappointment, but has no other option but to support Musharraf. It will continue to press him to make war upon Pakistan's outlying tribes in an effort to salvage the 'NATO' effort in Afghanistan. This is not a pragmatic course. The Bush Administration is probably best known for its bungling of Iraq. By strategic comparison to Afghanistan and Pakistan, however, Iraq is probably a Safe House.

In the past months, Musharraf has sent tens of thousands of soldiers into areas bordering Afghanistan, with poor results. Sympathy for the Taliban there is strong, and hundreds (if not thousands) of government soldiers simply surrendered rather than fight. Throughout the rest of Pakistan there is sympathy for Islamic utopian ideals, and even more widespread disgust for Amerian objectives which, to the average observer, appear to be imperialist. Martial law will turn moderates into strange bedfellows with extremists.

The religious parties in Pakistan are very well organized. The more Musharraf tries to use his army against "extremists" (Islamic rebels), the more his generals will have to subvert his orders. They know the will of their troops, and know Pakistan is on the precipice of transformation. Transformation into what no one may know, but 'Islamic extremists' and supporters of democracy won't put up with martial law for long. Together, they are now the latent power in that land. Musharraf is known as a "hard man with a hard job," and he would not have made this move if he had other options. It's just buying time. How much time is anyone's guess, but Pakistan appears set to splinter.