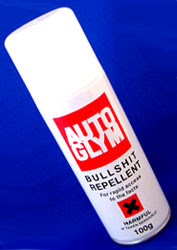 Never Underestimate The Power Of Carefully Worded Nonsense
(Update: There's probably a Third Upside to Martial Law in Pakistan in addition to the two below...if the US and UK "distance themselves" from Pervez Musharraf, might this not be good for him domestically amongst certain, shall we say, "authority-minded people?" In other words give him more credibility amongst islamic fundamentalists, and thus more room for manoeuvre.)

The US and UK are maintaining shocked moues of disapproval re: Musharraf's Martial Law frolics. Does anyone seriously think Musharraf, who gets his military aid from (and has his personal wealth in) the United States, failed to inform the disapproving parties exactly what he was going to do, and when? Pakistan is claiming both the White House and Downing street sanctioned the crack-down. Hmm...whom ta believe?

Even if you're not a fan of dictatorships (might be time to bone up on them!), Musharraf is still one seriously smart, very effective guy. If he's pulling out the stops now, it should be telling us something. There are at least two immediate upsides, one obvious, one less: