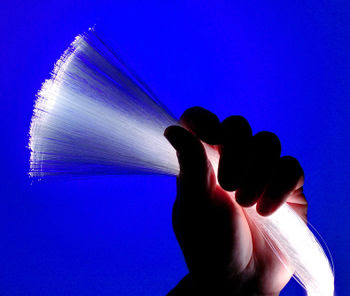 Strange Mid-East Intertube Outages
What are the odds all these undersea fiber optic cables got cut by burrowing mollusks?

A total of five cables being operated by two submarine cable operators have been damaged with a fault in each. These are SeaMeWe-4 (South East Asia-Middle East-Western Europe-4) near Penang, Malaysia, the FLAG Europe-Asia near Alexandria, FLAG near the Dubai coast, FALCON near Bandar Abbas in Iran and SeaMeWe-4, also near Alexandria.

A hundred million people in the Mid-East are without fast internet:


Internet connectivity still remains slow in several Middle East countries due to the cable damage near Egypt, Iran and Dubai. An improvement is not expected soon as operators claim there are many complexities involved in fixing the problem. In addition, all voice calls, corporate data and video traffic were also affected.

The first two cables, off Alexandria in Egypt, were cut on January 23. Over the weekend a looped cable in the Gulf waters was cut in two points, off Dubai and off Iran's Bandar Abbas. The cuts have raised many conspiracy theories on their reasons.

However, the International Cable Protection Committee, an association of 86 submarine cable operators dedicated to safeguarding undersea cables, has declined to speculate on the cause of the breaches, adding investigations were underway.

In possibly related news, Saudi Arabia unpegged its interest rates, not following the September 18th drop by the Federal Reserve Bank. The Saudi currency (the riyal) has risen to a 20-year high against the dollar. A meeting of the Saudi financial advisory council is scheduled for February 17th, when it is widely expected that other oil suppliers will decide to revalue their currencies against the dollar. Maybe on the verge of connecting too many dots here, but somebody cut those cables, and I doubt it was "The Evil-Doers."

Would that it WERE natural agents of sabotage! Armed cephalopods...

Tasting so nice with butter and garlic, cephalopods deserve to be armed. And it would make life so much more interesting for fishermen!

empty wheel had a couple of good posts on this over the past two days at FDL.

thanks for the heads-up, SLL, on both.

emptywheel is great. I go back and check on FDL, glad they're amping it up. And Trex is gone, but still...they don't quite clear my ethics bar. What I should do is link to emptywheel.

First thought to cross my mind is what nation has both the capability to track where the things are, and to reach them with impunity.

Seriously, I did a little digging on the matter, tempting as it is to round up the usual suspects. The companies that own the cables, and those that laid them (not always the same) are rather proud of the accomplishment and often provide schematics and maps. The lines are almost completely unsecure, widening the field of suspects significantly. Three or four small, commercially available robot subs and Jacques Cousteau setups would have been sufficient.

Having said that, I would include Israel on my shortest list.

bwah cutting internet off in Iran!
It changes nothing for Iranians! The Iranian government has hordes of fundamentageeks who are already blocking access making sure evil images of Britney do not compete with satellite dishes!