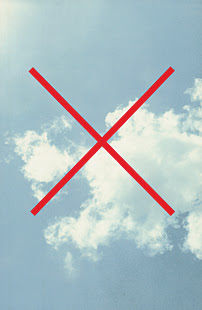 The Idiocy Of Hope
"Hope" is a conspicuosly deridable catch-phrase, almost as chumpy as "Change." Why would anyone who wished to be taken seriously choose to use such words?

"America is just a country, and Obama is just a politician," says ueber-blogger IOZ. Comedy writer Jon Schwarz at A Tiny Revolution even quotes him in the context of criticizing the liberals:

American liberals understand the invasion and occupation as a terribly aberrant, uniquely un-American act foisted on a frightened country and unprepared world by the avatar of awfulness, notre dauphin, Gee-Dub Bush. Their liberalism is essentially personality-driven—ironically, given their loud disdain for the Bushite personality cult. It is the liberal-progressive conviction that the necessary component for good government is good people. People, you know, like them.

Yeah. True enough. We're all idiots, all in denial of our worser selves. Yet maybe there's a basis for wanting people more, as Jon and IOZ say, like us. I'm as skeptical as they come; disillusions have piled up on me like six feet of snow. Schools, cities, churches, friends, nations, sanities, businesses, bodies. I'm wanted in four countries, and know it's all lies, and I know evil, too, up close and personal, in places IOZ or Jon Schwarz will be lucky to never get near.

The only chance at redemption is borne on faith. Faith requires hope. Hope is the lottery, the little lies you tell yourself to keep moving, striving for something better. Hope is "I believe, O Lord, please help me in mine unbelief." Hope needs goals, things to live and take that next tired step for, and it doesn't take a genius to know that a "necessary component of good government is good people." When you're freezing and dying and wondering what's the point, every step becomes a harder choice, and that's where our country is at. We are ruled by robbers, murderers, and corporate rapists who know they are poisoning us. Let us now come out and speak the unspeakable, my friends: America is dying, and may be past hope.

Great leaders study possibilities, and know how to nurture and coax out the best. Tyrants simply destroy these qualities and rule on fear. And what have we lived under for the past 7 years but tyrants so craving and ghastly they'll cheerfully kill their own people as a ruse? Smart people keep telling me the election doesn't matter, that there's no policy differences between Clinton and Obama, and McCain is on the same kabuki stage anyway, nothing will change. I say "Bullshit!" Answer me some questions on this day, and tell me leadership and goals make no difference:

1) Would having John Edwards as Attorney General instead of Abu Gonzales have made a difference in the Justice Department's actions, and to the poor bastards we've tortured and threatened across the world in the name of gilded freedom?

2) Would having Dennis Kucinich as Secretary of State make a difference when dealing with other countries, versus dealing with hissing oil wraiths who fly in on Nazguls?

3) Do you want to have lived for 36 (8+4+8+8+a possible 8) years under White Houses continually occupied with Bushes and Clintons, and do you think Hillary Clinton will throw her precious lobbyists over for you? (Of whom she says, "Lobbyists are constituents, too.")

4) Will you want to call yourself an American after Bomber McCain's elected?

5) What would the rest of the world think if they see America has elected a black man? Might that not send a message that the American people can CHANGE?

Yeah, I'm playing the race card, and it's a bad-ass ace, an ace of spades who is the most successful disciple of a populist radical (see Alinsky, Rules for Radicals). To those who dimiss symbology, I say it's paramount; why do you think Ronald Reagan chose a fair near Philadelphia, Mississippi, where three civil rights workers were murdered, to give his "states' rights" speech promoting segregation in August, 1980? And if you think that was coincidence, what was he symbolizing when he later laid wreathes on the graves of SS soldiers in Bitburg? I'll tell you a secret: it wasn't "Up With People."

As Peggy Noonan said yesterday, she who wrote the speech for the thousand points of Bush-light, "Barack Obama isn't Bambi. He's bulletproof." She also said the democratic party doesn't know what it's got with him. I used to link to Peggy Noonan, even though I despise everything she stands for, because she's an oracle of the Other Side. And she's right. Most Democrats don't know just how powerful and radical Obama is. Most have even forgotten that he demonstrated on the streets of Chicago in October 2002, and stood to speak against the coming invasion of Iraq. Whereas is opponent was the first one to use the post-9/11 phrase, "if you're not with us, you're against us." Don't believe me? Use the Google.

Only one remaining candidate actually has goals for this country, goals like single-payer health care. For one possible motivation, he said, "On the day she died of cancer at the young age of 53, my mother's biggest worry was her health care bills." Is that somebody too LIKE US, IOZ? Does that strike you as manipulative, pro-lib cult-of-personality shit to you, Jon Schwarz? Whereas, let's examine the Clintons' goal for health care...having previously failed, they think the only path is to alleviate corporations of the burden of paying for benefits, and keep the insurance companies happy. But that's a goal for corporations, not for people. Does that goal matter?

In studying how to keep uppity countries under foot and thumb, intelligence agencies in the 20th century codified a principle which was intuitively obvious, yet highly profound: the most resource-efficient way to suppress opposition is to eliminate its reasons for hope. In fact the doctrine was called Killing Hope. All through a system, you must allow your opposition no chink easily exploited through non-violent means. Control the unions, break the strikes, control the ballot boxes and the vote-counts. Usually, this will frustrate the opposition into violence, and once they resort to it, you have them: you can call overkill down upon them. Get them to give up hope, to despair, and all you'll have to put up with is the bitter laughter which takes suppression's hand out for an occasional dance. It worked all over South and Central America, in the Caribbean, in Africa. Getting people to despair on voting and collective action worked.

Lord Wife and I are heading out the door to go caucus for just a politician, in an America that is just a country. We don't even have to hope. We don't have to look forward to airing all the gangrenous sins of the Bush Administration. We just have to admit that every other actor remaining to wear a mask on our annoying, dissonant, decrepit kabuki stage is a ghoul, a proven carrion-eater who will work with immortal entities called corporations to kill our hope and our children. The difference is, Barack Obama might not be.

Marc, I want your opinion:

I am hearing buzzers from independent people, on internet, of people "fearing" an attempt on Obama's life.

Would you nto be inclined to think that those who START such "fear" campaignes are capitalizing on the same principle of Killing Hope?

Also, I fear that these rumors are working as a psychological preparation, just in CASE cheney's death squad (or Clinton's constituent NY mobs) go operational.

I so wish this to be America's Quiet Revolution!

I do think the fear is real; it's hard to be an American and not think of it, given what happened to Martin Luther King, Malcolm X, the Black Panthers. Juxtapose those with the vicious "catastrophe of demographics" theme that Romney gave in his last speech. You personally are part of the "demographics" Romney was referring to. You're not white enough.

There was one President of this country who was not a WASP, and the WASP establishment killed both him and his brother.

I do wish people like Doris Lessing, who just popped off with the "too bad he's going to be killed" meme this week, were more responsible. We don't need that. On the bright side, security has improved a great deal, and it would be very difficult, next to impossible, for an average person to get rid of a President in America.

Unless they do it before the man becomes a president!

My hope, to be truthful, gets shattered EVERYTIME I hear an average person talk like a KKK, SS, or neoconservative person. Bush's legacy is to let the monster of xenophobia out of the bottle, and to make it politically CORRECT to be racist. My hopes are dashed because teh world, as a whole is becoming a VERY racist place.

Bias and racial hatred is awfully easy to fall back into when times get tough, and there's a lot of crazy fear white people harbor (I am one). Fear of a black planet and all that; however, a great deal of progress has been made, too.

How do you think Iranians would react to Obama??

I have to say, the first thing I thought when finishing this, is, "I hope he has good security." I hadn't read Lessing or heard any rumors. And that sucks.

My problem is, I'm still smarting from the shaft the democratic party has given me and my hope for the last three major elections. And I pretty much see Clinton now as a horrible person. But as much as I'd like to remain pure and above this awful political show, I'll no doubt be xing in the box for Obama in November. (and yeah, I liked what the person said that I blogged at The River about voting her conscience for Kucinich, but I took the opportunity to vote against Hillary on Super Tuesday :)

I wish the political show could be less awful here. In Switzerland they rotate the Presidency county by county, in Sweden candidates get two weeks to campaign. I lived in one place, planned to live in Denmark, but here we are.

The Clintons have become horrible people, and they got major-corrupted by power while still in Arkansas. Clinton has had some of his enemies killed, and the Democratic Party still wants to give us the shaft, yet again. I worry about that far more than some yahoo taking a pot-shot.