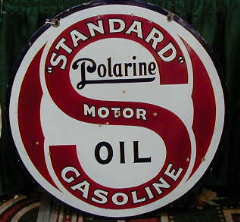 Exxon Mobil Makes Monster Profit
Wonder where all this money will end up going...

Exxon Mobil also set a U.S. record for the biggest quarterly profit, posting net income of $11.7 billion for the final three months of 2007, besting its own mark of $10.71 billion in the fourth quarter of 2005.

The previous record for annual profit was $39.5 billion, which Exxon Mobil reported for 2006.

The eye-popping results weren't a surprise given record prices for a barrel of oil at the end of 2007. For much of the fourth quarter, they hovered around $90 a barrel, more than 50 percent higher than a year ago.

Crude prices reached an all-time trading high of $100.09 on Jan. 3 but have fallen about 10 percent since.

don't Cheney and Bushits have big chunks in EXXON?

I assume so; technically, it's now impossible to know what their investments are in because of management laws regarding hedge funds. Bottom line, offshore funds have very little transparency.

Most importantly, they both have lots of personal friends in Exxon.