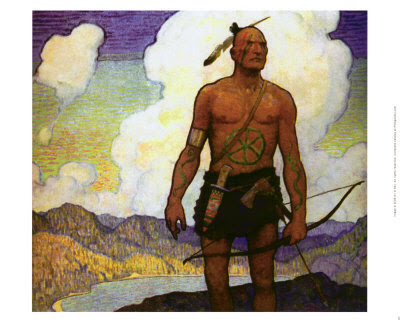 In the Mohawk Valley and the Adirondacks in 1980, we knew guns were dangerous. No one had to tell us that. But deer hunting season was paradise, and that meant guns. We were free, you see: we carried projectors of violence strong enough to slam a ten-point buck off its cloven hooves at 250 yards like it was hit by a pickup truck. Under our levity and joy, I'll tell you true. We felt the counterbalance of responsibility. It's no small thing to take a life, and even in my most bashful bonhomies, over all the beers a Buick's trunk can hold, I've made apologies to animals' spirits. Classmates I knew for years, they tried to hide their tears over the blood trails of dead deer. There's an implicit, perhaps sacred understanding that you're taking part in something wrong you can't come back from.

Some boys in my homeroom were true outdoorsmen, more inured to death and animal suffering. Darren Loucks, who sat right next to me over four years, checked his trap lines above Caroga Lake in the early mornings and sold beaver and muskrat furs. He was doing what his Hessian forebears had learned from the French Canadians who came down with their Algonquin wives to those rich lakes in search of pelts. Down to places where two of my great-grandparents came from. Grandpa Page was a hunting guide, Grandma Duquesne was descended not far from the Indian populations who made it through the smallpox.

To clarify, we're not so far removed from killing. The meat comes from somewhere, and the truth is, the problem for us wasn't in hanging thirty-ought-sixes and 12-guages in our lockers next to our wool hunting shirts. The danger was common to boys through the ages: we yearned to become men by gaining experience, by taking everything an innocent animal has, and risking our lives in the process. It's an ancient urge. Where can it go? From the comment thread:

The truly dangerous part was letting kids hunt with each other. Leatherstocking High is a world away now, in the town with the oldest continuously serving court-house in the US. They would let us out of school at 11:45 to go deer hunting, and we didn't imagine, say, shooting up the school with a Browning semi-auto 16-guage. Not part of the mythos yet. And few if any things would make a boy prouder than to put venison on his family's table.

I was near-missed once while climbing through pine boughs, inches away, and our quarterback shot the tips of his middle and ring fingers off when his shotgun discharged. Could just as easily have been his head, close enough to get powder burns, or one of ours.

All the same, I'm glad I wasn't there when they stopped letting us take guns to school, or not let us take off to go hunting. Can you imagine that kind of freedom, and trust? We had it once.

Between you and me: I've never recovered from that freedom. It was delicious. Not sure I want to extend it to my society, or even to my son. Odds are you'll wantonly kill something innocent, mourn its glazing eyes, and struggle to understand what people keep out of sight. Yet it's what we've always done. Once you've had it, everything else is sharper. You can't buy a steak in a store without knowing, down in your gut and up in your nose, where it came from.
Posted by MarcLord at 12:29 AM

Well, geeze, long ago and far away people used to sacrifice fellow humans to propitiate their gods and spirits, as well as plenty of animals. Now, to me, that's obscene. Hunting animals for food, while thinning deer herds, seems much more practical. But there's a huge bunch of people who are obscene hunters out there just killing for bloodlust, such as Dick Cheney, blowing up planted quails since he can't get his rocks off, other than starting unnecessary fights all over the world. But this shit may be genetic; we were watching an episode of Planet Earth, narrated by the inimicable Ms. Sigourney Weaver, which ended with a party of male chimpanzees raidng a neighboring group over fruit trees.
Not only did they tear the victims apart, they ate a baby one, sharing its little bits and pieces with one another. Chimps are the closest to us humans genetically, but we don't seem to be far from them in behavior.
So, deer hunting if you eat the quarry, fine. Any other kind of "sport" hunting, obscene in my book. There are far too many lousy humans on this planet, and they're not as beautiful and amazing as even one bird of paradise.

There's only one kind of hunter: the one who eats the quarry. But this shit may indeed be genetic, and the rush Cheney gets, the calmness he feels from the control of killing, is, I guess, his way of connecting with life. In other words he is pathological. The Archduke Ferdinand is said to have killed millions of animals, mostly from his personal train.

I have no desire to kill an animal myself, but am somewhat ashamed of having other people kill them for me. The prosciutto we ate last night was not honorably done, for I caused its death at a distance and did not give proper thanks.

Along with the eating need, very hard to separate, there seems to be a concomitant lust for blood which killing awakes. It was very important for me to recognize that it was there, right inside me all along, and face it head-on, staying my hand to not shoot those birds.

A friend of mine in grad school told me that his roommate sold drugs at Reed College. For which he was awarded a private audience with the dean. Reportedly, the dean insisted that he not sell drugs to non students. Yes, another long forgotten freedom bites the dust...

...I am only sorry that I have but one life to give for my country, said the cat...

Catnip, effing catnip my glorious cat. Only sell catnip to other cats. =)