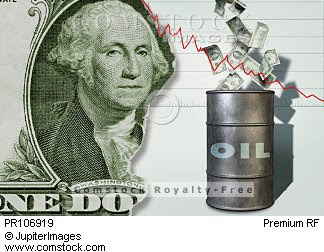 Chavmadenijad: Disaster Is Seen As Catastrophe Looms
Pay some attention to the men behind the curtain:

At the third OPE summit in 47 years, held in Riyadh, Saudi Arabia, Venezuelan President Hugo Chavez said that the price of crude oil could reach $200 a barrel. "The basis of all aggression," said Chavez, "is oil." During a private meeting that was accidentally televised, the oil minister of Venezuela suggested to the oil minister of Iran that OPEC stop using the crippled dollar for pricing; the foreign minister of Saudi Arabia countered that public discussion of the weak dollar would cause US currency to lose value. "Kill the cable!" shouted a security guard as he ran into the meeting room. "Kill the cable!"

Bush, and his Neocon cabal, have no understanding of the terrors they have released by opening Pandora's Oil Drum. A few may be fortunate enough to come out on top, but the majority of them will go down with the rest of us.

I suppose there's some comfort in that thought, but rest assured I for one will be kicking the NeoCons on the way down.