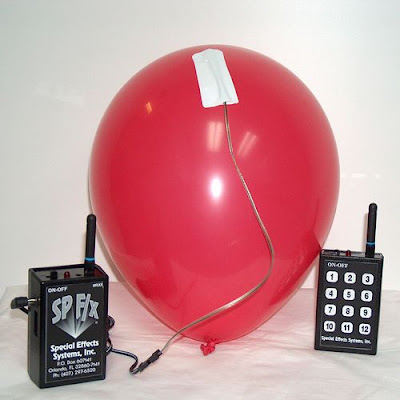 History Never Repeats...But It Can Rhyme
Bush will go down in history as the torture president. I hate that this country ever had a president who made the torture of human beings official government policy.

The following piece by IOZ, It's All Just a Little Bit of History Repeating, came to me via The River Blog. If you're not in a "raw food for thought" or "this is not my beautiful house" sort of mood, skip to the next post. If you are, go for it. It's push-back on Tristero's somewhat purposeful naivete' above, using a mind also pushing lots of electrical current back through a molten ball of mercury vapor. The result is a brightness which exposes much in the way of Real vs. Fugazi. Again, proceed only if you are comfortable with intellectual nudity, take your moonshine by a Mason jar, or both.

"American liberals accuse their conservative counterparts of atavism, but they themselves are equally guilty--if not guiltier--of eying an imaginary past. Because their program is untethered from the history and reality of the actual United States, a vapid, vacuous series of exhortations to the better angels of our nature without the slightest attempt to grapple with the real actions of our country over the past centuries, they propose it as a reinvigoration or restoration of a peaceable, humanitarian, democratic tradition that never in fact existed.

As partisans, it's understandable that they would want to exculpate their own political and intellectual forebears. Likewise, it's easy to see why the myth of a Just America plays so heavily in their rhetorical contortions. I'll make the point again: all politics is conservative in the sense that it seeks to fulfill the promise of an heroic past. (Italics added.) The impediment is that the past wasn't heroic, but that's never stopped anyone.

Tristero, AKA Richard Einhorn, was born in 1952. The School of the Americas, wherein the United States Military trained allied armies in the techniques of state terror and torture, was founed in 1946. The Vietnam Conflict, in which millions of Vietnamese were slaughtered in order to satisfy the theoretical fancies of American paranoids, began with the arrival of American "advisors" right around the time Tristero was born, and it was prosecuted alternately under Democratic and Republican leadership for twenty years. The Iranian coup, "Operation Ajax," occured in 1953. The number of foreign dictators supported directly by the United States, not even in secret, despite their affections for torture, mass murder, sand all other manners of human savagery and indignity is too long to list. The practice of "extraordinary rendition" began not under Bush, but as a presidential directive issued by Bill Clinton. The use of black sites, CIA prisons, secret transfers, and torture date at least to the beginning of the cold war. Torture has long been the official policy of the United States.

What sets the Bush Administration apart is only that it has been unabashed where others have been circumspect. This has made it easy for partisans like Tristero to fulminate against abuses that they would have otherwise been happy to ignore. How, you ask, do I know they would be happy to do so? Because they did--in this case for many decades. They ignored the dispassionate critiques of people like Chomsky or else dismissed them as lunatics. They believed that people like Jim Bovard were hysterics and heretics. Somewhat more moderate critiques of empire--Vidal for instance--were more palatable to them because the writing was prettier. But they never accepted the heart of the critique. (Ibid.) If it were true that Bill Clinton sought to expand, and did expand, the powers of government to combat "terrorism," to kidnap and to torture, and to prosecute foreign military actions, then it would hardly do to spend hours a day and thousands of words figuring out which member of his identical political faction to bless with the keys to the kingdom.

The idea that George W. Bush occupies a lower rung on the ladder into the inferno than, say, Harry S Truman is preposterous on its face. As good liberals everywhere worry that Bush will launch a war with Iran, with the fortunate collusion of their own liberal politicians, perhaps even using a "preemptive" nuclear strike, let us recall that Harry S Truman did, in fact use nuclear weapons on a civilian population. Twice. (Ed: when he had already received two requests for peace talks from the Japanese govt.) They note that hundreds of thousands of Iraqis are dying at the hands of our invasion under Bush, but how many Vietnamese died under the escalations of Johnson and Nixon? These aren't cavils. I have already written about the similarities between Bush and Clinton when it comes to the catch-all usefulness of terrorism to consolidate state power and to subvert the basic rights of man.

What accounts for this deliberate blindness? Is it intellectual laziness? Is it political "tribalism," to use Arthur Silber's going term? To a degree. More substantially, it's blindness motivated by moral and intellectual cowardice. If, after all, President Bush is the continuation of an historic trend; if present policies are the apotheoses of past practices; then the complete hollowness of choosing Obama over Clinton over Edwards becomes readily apparent. The bankruptcy of investing time and energy in people who will do nothing to change the fundamental principles of the American empire because they are products of the empire becomes evident.

If, however, that were the case, then one would be less inclined to imagine himself vaguely as a revolutionary for the courage of pulling a democratic lever in a curtained-off little room. He would first have to confront his sundry importance. His dispensibility. His irrelevance. He would then have to confront what it means to be one more disposable body in a vast military and mercantile empire. He would have to see that the only real politics are a more radical politics than he is willing to entertain, and he would have to admit that if change comes, it will not come within his lifetime.

The principle here is Copernican. To understand your actual place, you must first discover that you're not at the center, and then discover that you are very, very small. There's a different kind of power in that knowledge than in the delusion of grandness and centrality. But it isn't a power that bears quadrennial rewards of falling balloons and butterflies on inauguration day."

Made it this far? All politics is conservative in the sense that it seeks to fulfill the promise of an heroic past. Yeah. And creative adherence to that principle is how Hitler won over Germany. Like Germans, I think that to change, we first have to admit what we are, and have been. Welcome to my smallness. Here...have some butterflies, and some balloons.

yazah marc...IOZ's essay made my heads spin. Thanks for posting it.

may i borrow this for our aggregated blog? Or can i be pushy and invite you again to be a contributor?

you can of course borrow this for the aggregated blog, and yes, please be pushy. I've been thinking of a technical analysis for the non-holocaust blog (and here). ;-)

LOL! I just caught your Freudian typo: "made my heads spin." Quite the turtle image. =)

MArc, my friend you speak in riddles. I comprehend you not! :)

Naj, will try to make more sense more often! Translation: I do plan on writing something for your new site, am thinking of taking a more economic/military angle on why not to bomb Iran rather than a moral angle, as I assume many others will cover that better than me.

George should give up now, go quietly.

One can only wish, Daniel.

But it will be fun teaming up more with Naj.