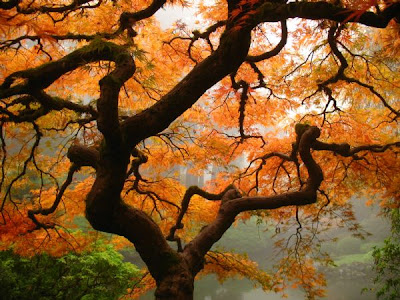 I am the glorious Sun,
the ocean laden with pearls.
Within my heart is the grandeur of heaven,
Outside, the lowly earth.

I travel in this world like a bee in a jar.
But don't listen to my woeful buzzing
My house is filled with honey!

Rumi, The Dome of the Inner Sky

Better Than Conscious
New Scientist magazine has a happily intriguing article about a recent conference session in Germany titled The subconscious mind, your unsung hero. While working to replicate via machine how people make smart decisions, the extent to which even the most analytically oriented minds rely upon induction was a revelation. In the scientific method, the power of intuition and imagery is so discounted it amounts to persecution. It's also denialistic claptrap.

We have three brains in our sapient heads at least. The subconscious mind should be called the First Brain because it is automatic, always "on," ever chewing on the experiences, the myths, and, I suspect, often reaches back to the touchstones of genetic memories which may underpin and define human cognition. It goes in dream where reason is too unwieldy to lumber, too clumsy and fearful to tread. Like a bee in a jar flying between and across zeros and ones to carry pollen, the First Mind finds eternal beauties, weaves breath-taking insights, and comes up with honey-combed answers.

Einstein, for example, and many (if not most) great scientists were led to their discoveries by images which sprang whole from the subconscious. Einstein did not imagine the universe in a theoretical sense, it was rather something he perceived deep in his fibres and was always "back-processing" as a little boy. He didn't hit upon the theory of relativity as a logical deduction; it came to him as an irrational induction (or perhaps a process better called mental morphogenesis) whilst he was gazing up at the sun through half-lidded eyes, lying on a grassy hillside one sunny afternoon in Switzerland.

The phenomenon of inductive insight is probably very common, and hopefully it's something we all share from time to time. Of course, what set Einstein and others apart was superior ability to translate their inductions into rational, sequential codes, marrying their First Brains off to their Second Brains and creating offspring both brilliant and facile.

The more I listened to what the assembled scientists had to say and talked to them about their work, the more it seemed that our higher consciousness alone is not what sets us apart from other animals. In fact, far from playing second fiddle to the conscious mind, subconscious thought processes may play a crucial role in many of the mental facilities we prize as uniquely human, including creativity, memory, learning and language.

New Scientist doesn't allow access without subscription or purchase, so I'll look around for a free online version.
Posted by MarcLord at 8:49 AM

What a beautiful illustrative photo - well, I'd have to say way too fucking many people have no imagination or subconcsious activity whatsoever. Their systems are set to "Loot and plunder."

An outstanding share! I have just forwarded this onto a co-worker who
was doing a little homework on this. And he in fact bought me lunch
due to the fact that I discovered it for him... lol.
So allow me to reword this.... Thank YOU
for the meal!! But yeah, thanx for spending some time to talk about
this subject here on your web site.

Hello! Do you use Twitter? I'd like to follow you if that would be ok. I'm absolutely enjoying your blog and
look forward to new posts.

I am really impressed along with your writing abilities as well as with the layout in your blog.

Is this a paid subject or did you modify it your self?
Anyway stay up the nice high quality writing,
it's rare to see a great blog like this one these days..

Hi! I'm at work browsing your blog from my new apple iphone! Just wanted to say I love reading your blog and look forward to all your posts! Carry on the excellent work!

Feel free to surf to my web-site: Converse Pas Cher

Hello, after reading this amazing paragraph i
am too glad to share my familiarity here with colleagues.

Nice blog here! Also your website a lot up very fast!
What host are you using? Can I get your associate link in your host?
I desire my site loaded up as quickly as yours lol

Informative article, totally what I was looking for.

I think what you posted made a lot of sense. But, think about this,
what if you were to create a killer headline? I
mean, I don't want to tell you how to run your blog, but suppose you added a headline to maybe get people's attention?
I mean Untitled is a little plain. You might look at Yahoo's home page and see how they write news headlines to grab people to open the links. You might try adding a video or a related picture or two to get readers interested about what you've got to say.
Just my opinion, it might make your posts a little livelier.

I will right away grab your rss feed as I can't to find your e-mail subscription link or e-newsletter service. Do you have any? Kindly permit me know so that I could subscribe. Thanks.

When I originally commented I clicked the "Notify me when new comments are added" checkbox and now each time a
comment is added I get three emails with the same comment.
Is there any way you can remove me from that service?
Many thanks!

Hello there I am so happy I found your blog, I really found you by accident,
while I was browsing on Google for something else, Anyhow I am here now and would just like to
say many thanks for a marvelous post and a all round enjoyable
blog (I also love the theme/design), I don't have time to look over it all at the moment but I have book-marked it and also added your RSS feeds, so when I have time I will be back to read a lot more, Please do keep up the great job.

Whoa! This blog looks just like my old one! It's on a completely different topic but it has pretty much the same page layout and design. Outstanding choice of colors!

It's remarkable to pay a quick visit this site and reading the views of all friends about this article, while I am also zealous of getting experience.

Excellent post. I'm going through many of these issues as well..

Its like you learn my thoughts! You seem to know so much approximately this, such as you wrote the guide in it or something.
I think that you simply can do with a few percent to drive the message
home a bit, but instead of that, this is excellent blog.

An excellent read. I will definitely be back.