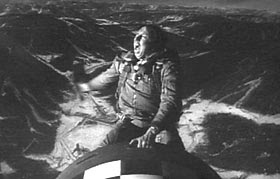 According to Local Cihan News Agency, at least 16 F-16 jets joined by early warning system AWACS airplane, as well as tanker airplanes landed here at Incirlik coming from an American base in Germany.

An official at the U.S. embassy in Ankara announced that the planes arrived here for purpose of conducting exercises with the Turkish military in line with agreements between the two states.

Incirlik base was used as a northern recon base for American forces during the Iraqi war in 2003 and since then the base served as a logistic backup for the U.S. army.

This is a suspicious exercise. Together with the movement of more ships to the gulf and appointment of a naval guy as chief honcho and also the raids in Iraq on Iranians and a "consul" it all seems to point to a future attack on Iran.