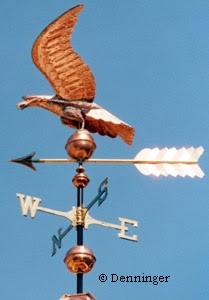 Hillary's Got It Locked Up (Not)
Pop Quiz Update I: how many Democratic Senators have ever won the Presidency?

Pop Quiz Update II: who was the first of two sitting US Senators to win the Presidency?

Answer: Republican Warren G. Harding, in 1920.
Somewhere this past week, quietly, New Mexico Governor Bill Richardson announced his candidate for the Presidency, labeling himself an "underdog." Given that Hillary Clinton is probably going to raise nearly a billion dollars for her campaign just from her, ah, "home" (adopted? rented? catered?) state of New York, Richardson's being written off. True, you can buy a lot of parties for delegates with a cool billion, but Richardson and others would be wise to keep showing up and shooting their mouths off. The Triangulatrix is the Status Quo candidate, so she'll get the darling treatment from the media. Her campaign is about protecting the one-tenth of one percent of this country which is fabulously rich, so keep an open mind and a closed pocket book for now. Two things are for sure: she won't be needing donations from you, and 99.9% of people are looking for a better alternative.

I don't like Hillary, and it's not that she's a woman. It's high time for a woman to be President, but I think others would be better. (Look, if Meryl Streep ran, I'd vote for her.) My problem with Hillary is simple: she's hubristic and ineffective. Recall the first issues she pushed, back when she moved into the White House as "Co-President," as she defined her role. Issue #1 was gays in the military, raised two days after taking office. Bad idea. The military doesn't need to be told they need to explicitly welcome gays. Gay men have been in armies for 10,000+ years--the military has figured out how to handle it...the US Navy with particular distinction. Issue #2 was health care reform. That worked out well, didn't it?

As Co-President, Hillary failed to close any issue she opened. She made messes, got huffy when they didn't clean themselves up, and the Democrats got voted out of Congress largely because of over-reaching on her pet agendas. Along the way she generally made the lives of staffers a living hell when she was in the White House. One of them was Vince Foster, Bill Clinton's best friend since he was in kindergarten, and he was found dead with his brains blown out. Why does anyone think her leadership style will be different now? Having asked the question, I'll answer it: wishful thinking.

Back to Richardson. I think his plan is to hang around, and he's got some powerful factors in his favor. I'm not keen on him as President, either, for reasons I'll explain in a minute. But let's tot up his virtues first and do a little comparison calculation. OK: he's experienced, having been both in congress as a Rep and a state governor. Former UN Ambassador. Tough negotiator. Great record of foreign policy successes. Former Energy Secretary under Clinton. He's three-quarters Hispanic and from the Southwest. Doesn't excite anyone, but is likeable, has poise and some charm. Most importantly, he's "folksy." He can speak without sounding like an Andover-educated dyslexic delinquent with an IQ of 90, but doesn't come across as "too smart" or fake. But he was educated in Massachusetts. He won two landslides for governor in a traditionally Republican state, 56-39 and 68-32. Sounds pretty good, right?

Now for some rough calculations. Polls consistently show 45% of people won't vote for Mrs. Clinton under any circumstances. But that stat is not separated by state or region. Let's take a closer look there. How would Hillary win a state like, say, Arizona? Or Nevada? Or Texas? I think it's safe to say much would need to change in the external world for such propositions to be realized. Cyborgs from Skynet would have to be roaming the earth, fighting replicants unleashed from the Tyrell Corporation, with the citizenry in the thrall of Yoyo-Dyne.

Richardson, on the other hand, is three-quarters Hispanic, which gives him a huge demographic advantage in many states Democrats don't dominate. He would likely sweep California, New Mexico, Nevada, Arizona, Washington, Oregon, probably Texas and Idaho, and oh, yeah...Florida. Even Utah would be up for grabs. Hillary is not a lock for any of those states against a decent Republican candidate (yes I'm assuming it won't be McCain), and in most she would get blown out. Like Kerry (buh-bye!), she could only count on the Northeast, and she'd probably have more trouble roping in the West Coast states than he did because of minority voting trends alone.

I'm not keen on Richardson because he's got some character problems. Mark my words: he is going to be faced with sexual harrassment allegations, he's going to be confronted with making demeaning comments about women, and he's probably got some corruption dirt to dredge up. He'll have to make it past that, and the Clinton campaign has already hired the best opposition research talent. There's more to elections than math (they seem to be about fear, emotional resonance, and perceived needs) and there are almost two years to go. A lot could happen. But of the Republicans who have announced so far, Kansas Senator Brownback, a credible "I've Seen the Light" Christian anti-war candidate with a conservative voting record, would very likely beat Hillary Clinton because of religious demography and the way this country's Electrical (nee "Electoral") College works. Former Massachusetts Governor Mitt Romney, a Republican cross-over candidate and a Mormon, would probably trash her on sheer numbers. Yet Richardson would trounce both of them nationally.

The Triangulatress turns me on as much as the next person who's hoping for something less incompetent than what we've got, but unless something changes big-time, a Hillary nomination practically hands the election to the Republicans. And at this point, not even most Republicans really want to see that happen.