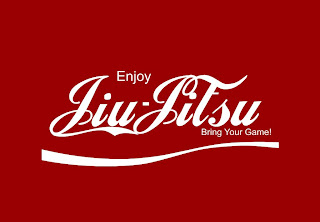 Ins & Outs Dept.: Midnight F***-You Regulations Can Be Reversed
Ha-ha, good news! Those privatizin' White Hosers messed up. Again. Which isn't news, but this time their incompetence works out in our favor, so they can't put cyanide in our chewing gum and so forth:

Congressional Democrats are eyeing a little-known, Clinton-era law as a way to reverse Bush administration midnight regulations — even ones that have already taken effect.

It’s a move that would undermine the White House’s attempt to finalize its energy and environmental regulations by November so that Barack Obama couldn’t undo them after he’s sworn in as the 44th president on Jan. 20.

“Fortunately, [the White House] made a mistake,” said a top Senate Democratic aide.

Last May, White House chief of staff Joshua Bolten instructed federal agency heads to make sure any new regulations were finalized by Nov. 1. The memo didn’t spell it out, but the thinking behind the directive was obvious. As Myron Ebell of the conservative Competitive Enterprise Institute put it: “We’re not going to make the same mistakes the Clinton administration did.”

The law [Ed.: the Congressional Review Act of 1996] contains a clause determining that any regulation finalized within 60 days of congressional adjournment — Oct. 3, in this case — is considered to have been legally finalized on Jan. 15, 2009. The new Congress then has 60 days to review it and reverse it with a joint resolution that can’t be filibustered in the Senate. In other words, any regulation finalized in the last half-year of the Bush administration could be wiped out with a simple party-line vote in the Democrat-controlled Congress.

Now we'll see if the Spineless Ones can be motivated to follow through on their legal advantage over the Bastard Party. Visions of cattle prods do dance in the head. Read the rest here.
Posted by MarcLord at 4:46 PM

Marc, I came over from Madmike's blog. Your comment on Ayers and Viet Nam was dead on target.

I forgot to mention that your crack about Sarah P bringing a rifle to shoot Wolf Blitzer gave me the grins. So glad you stopped by, and see you over at Mike's again.

Your nasty illustration ... it put me off reading your text.

Yes, I was worried about that, but was rushed. I wanted visual metaphors to be a permanent part of the blog, and while this one is all too apt, I'll go back and change it. It's a bit much--maybe I can find one of Bush humping the country.

Thanks Marc. I know what you mean about pics, I always try to include them. I think any pic of Bush would be a bit much, personally.

I do think a picture or a cartoon would be most appropriate Marc. There are lots of them out there.

I'm not all that great on the cartoon sourcing. Got any favorites? I came up with a jiu-jitsu theme.