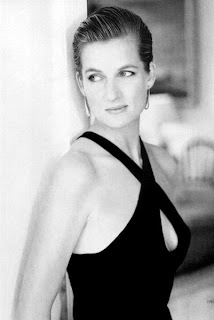 Article: The American secret service was bugging Princess Diana's telephone conversations without the approval of the British security services on the night she died, according to the most comprehensive report on her death, to be published this week.

Among extraordinary details due to emerge in the report by former Metropolitan police commissioner Lord Stevens is the revelation that the US security service was bugging her calls in the hours before she was killed in a car crash in Paris.

So...the British Royal family has concluded its investigation of its complete absence of any role in her death. (See the "Lord" in front of the report manager's last name? It's either a very ambitious first name, or a title granted by the Queen.) As is well and proper.

Only a couple of minor points remain unexplained: why Dodi Fayed's chauffeur was working for French intelligence, and why Diana's phone was bugged by an unspecified US intelligence agency. The writers don't care to speculate, and neither does Lord Stevens, having received assurances that nothing was awry. Gosh, I wonder why conspiracy theories linger over Diana's death?

Update: The National Security Agency is preparing a statement that it did not bug Diana's phone:

Hogwash. The NSA has its largest world monitoring station in Northern England, and at the very least they would've monitored her cell phone conversations for gossip value alone.
Posted by MarcLord at 5:33 PM