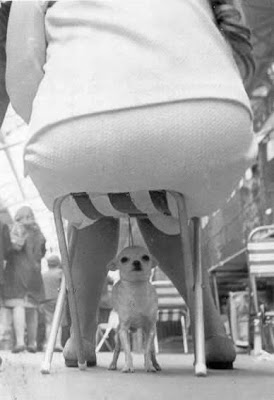 Banks Admit Depth Of Mortgage Crisis
There are still articles being published with titles like, "Will the SubPrime Crisis Lead to a Recession?" Well, the banks are so sure that it will they've decided to pool a $100 billion firewall for emergency liquidity. This is the banking equivalent of a deer-in-the-headlights, stare-into-the-abyss, House-of-Seven-Gables look.

Wall Street investment banks, being the perps in this equation, knew exactly how bad they were raping the market, and what was coming. So they bundled up mortgages into CDOs (Certified Debt Obligations) layering multiple types of loans, or "tranches" into them, just like a movie drug dealer puts a couple layers of the good product on top and the stamped-on toxic crap underneath. Then they got bond-rating agencies like Moody's and Standard & Poors to put AA ratings on them and proceeded to sell them to regular European and Asian banks. Otherwise known as "the victims."

Actually, taxpayers and holders of dollars are the victims. For a double-whammy, The Fed has chosen to hyperinflate the dollar in order to keep the stock market chugging along. They'll call the inflation "stimulus." I'm not an expert on banking, but a woman I know said something prophetic once: "Under everything is the land." Somehow it seems doubtful that $100 Billion is going to be enough for the "Master-Liquidity Enhancement Conduit," and that governments will be called in with the bail-out buckets.

In a far-reaching response to the global credit crisis, Citigroup Inc. and other big banks are discussing a plan to pool together and financially back as much as $100 billion in shaky mortgage securities and other investments.

The banks met three weeks ago in Washington at the Treasury Department, which convened the talks and is playing a central advisory role, people familiar with the situation said. The meeting was hosted by Treasury's undersecretary for domestic finance, Robert Steel, a former Goldman Sachs Group Inc. official and the top domestic finance adviser to Treasury Secretary Henry Paulson. The Federal Reserve has been kept informed but has left the active role to the Treasury.

The new fund is designed to stave off what Citigroup and others see as a threat to the financial markets world-wide: the danger that dozens of huge bank-affiliated funds will be forced to unload billions of dollars in mortgage-backed securities and other assets, driving down their prices in a fire sale. That could force big write-offs by banks, brokerages and hedge funds that own similar investments and would have to mark them down to the new, lower market prices.

The ultimate fear: If banks need to write down more assets or are forced to take assets onto their books, that could set off a broader credit crunch and hurt the economy. It could make it tough for homeowners and businesses to get loans. Efforts so far by central banks to alleviate the credit crunch that has been roiling markets since the summer haven't fully calmed investors, leading to the extraordinary move to bring together the banks.

In recent weeks, investors have grown concerned about the size of bank-affiliated funds that have invested huge sums in securities tied to shaky U.S. subprime mortgages and other assets. Citigroup, the world's biggest bank by market value, has drawn special scrutiny because it is the largest player in this market.

Citigroup has nearly $100 billion in seven affiliated structured investment vehicles, or SIVs. Globally, SIVs had $400 billion in assets as of Aug. 28, according to Moody's.

Such vehicles are formally independent of the banks that create them. They issue their own short-term debt, usually at relatively low interest rates reflecting their high credit rating. The vehicles use the money to buy higher-yielding longer-term assets such as securities tied to mortgages or receivables from midsize businesses seeking to raise cash.

Many SIVs had trouble rolling over their short-term debt in August because of concerns about the quality of their assets. That contributed to the broader seizing up of credit markets.

If the banks agree, the plan could be announced as early as Monday, people familiar with the matter said. Citigroup announces third-quarter earnings Monday. The tentative name for the fund is Master-Liquidity Enhancement Conduit, or M-LEC.