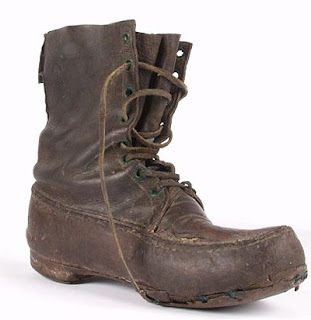 The McCain Campaign Re-Boot
Funny how closely McCain's strategists and handlers have followed the footsteps of their Clinton counterparts against Barack Obama. First they attacked on having more experience. Next they attacked the Change brand by deriding it, then gave up and tried to out-change Change. They used single-issue scalpels and sexism crowbars, searching for any gaps to pry open, and when they failed, they tried basic character assassination. They both made interesting V.P. stunts, until finally settling down to the underdog role, the "she's a fighter, he's a fighter" theme while continuing to throw as much dirt as they could think of.

The campaign signalled a major change in direction on Sunday, and yesterday unveiled a new stump speech written by McCain's old ghost writer, Mark Salter. To complete the cycle, John McCain's best course is probably to start downing whiskey with supporters a la Hillary Clinton in Pennsylvania, or was it Ohio. (I mean whiskey in public with shot glasses, not in private straight from the bottle, like now.)

The state-by-state, statistically sound poll analysis site 538.com currently has Barack Obama winning 360 electoral college votes. Clearing the 270 bar by 90 votes might be optimistic, but no underdog candidate has ever made up so much polling ground before. Typical of almost every previous Team McCain decision, the Re-Boot was emblematically erratic, and hard to figure out.
Posted by MarcLord at 5:10 PM

You probably desire a refresher for the useful tips every
online small business owner should find out about. An eye catching attractive website is essential inside the technologically advanced and highly competitive market of current age, for the prosperity of business.
it also can be used for headhunting and employment.