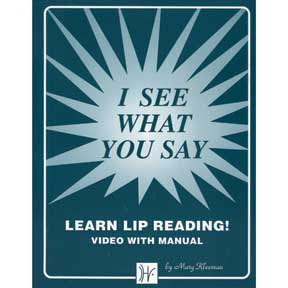 Lip-Reading The Inauguration
For a non-deaf person (at least for awhile) I'm a functional lip reader and can confirm all the notes below, plus one they missed. From DNA India:

Millions may have lauded Barack Obama's Inaugural speech but what remained unheard was what was said by a First daughter to her father, and between the new President and his predecessor after the swearing-in ceremony.

According to a lip reader, the first African-American president of the United States, just after the ceremony, asked George W Bush: "You OK?"

As to what was Bush's reply, according to The Sun, the lip reader said: "So relieved."

The 43rd president had later informally handed over his former White House residence to Obama saying: "It's all yours now - good luck."

And while thousands cheered the hope brought about by their new leader, seven-year-old first daughter Sasha was said to have told her president-dad: "That was a good speech, perfect."

Right after he completed his address, Obama turned back to his daughter Sasha, leaned over and asked, "So how was that?" Funny how your staunchest supporters can be your harshest critics.

Update: Vincent, proprietor of the spiritually wayfaring Perpetual Lab, reports that his beloved caught another sotto voce moment when Obama gave his younger daughter a kiss on the cheek, and she whispered in his ear "Mister President!"

It's great to see such unabashed affection amongst America's first family. They're not guarded, distant, or dysfunctional. They're vital and strong, totally in love and proud of each other. Does this carry over into policy? No. Just into everything.

My beloved is pretty good at lip-reading too. She said that (I think it was after his speech) Obama gave his younger daughter a kiss on the cheek, and she whispered in his ear "Mister President!"

Great catch by Ms. Vincent, I had missed that.

It may seem inconsequential, but it's great to see such unabashed, functional affection amongst the first family. They're vital and strong, proud of and totally in love with each other. Will update with Ms. Vincent's observation.

Justice Roberts was assman for the day for O man and that has nothing really to do with this very informative post. However, "it's always somethin" said the great SNL star, God love her, Gilda Radnor. I never thought of lip reading but it's interesting if all the lip readers read the same thing. Not sure they did, per Vincent above and included now in the post. Good one MarcLord.

That was a great post, and yet, it is wonderful to see a first family that isn't self-tortured by pasty culture, liquor and money.