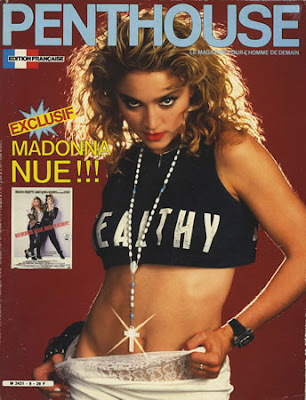 Francis said in a statement that “the US government should actively support the adult industry's survival and growth, just as it feels the need to support any other industry cherished by the American people."

“We should be delivering [the request] by the end of today to our congressmen and [Secretary of the Treasury Henry] Paulson asking for this $5 billion dollar bailout,” he told CNN Wednesday.

Flynt and Francis concede the industry itself is in no financial danger — DVD sales have slipped over the past year, but Web traffic has continued to grow.

But the industry leaders said the issue is a nation in need. "People are too depressed to be sexually active," Flynt said in the statement. "This is very unhealthy as a nation. Americans can do without cars and such but they cannot do without sex."

"With all this economic misery and people losing all that money, sex is the farthest thing from their mind. It's time for congress to rejuvenate the sexual appetite of America. The only way they can do this is by supporting the adult industry and doing it quickly."

This must be filed under "Spreading Democracy." (Googling "Penthouse" for that cover above was, umm, interesting.)

You know, I just get lost at "Another major American industry...".
You know? (shaking head).

It really is unbelievable, because it's just Flynt pulling another public stunt. It's satire. I think.