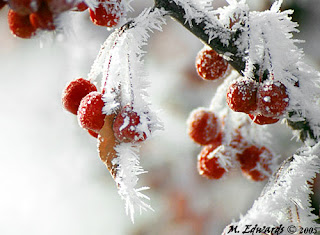 Feinstein and Rockefeller, the new and departing Senate intelligence committee chairs, were kept completely cut out of the loop. Both Senators, known for their support of torture policy under the Bush Administration, issued injurious public responses. You can imagine what they and their staffers said in private. Rockefeller blabbed his "concerns" to the papers, the LA Times among them. Feinstein, who will run the confirmation hearing, voiced her opposition. Team Obama views Feinstein and Rockefeller as part of the problem, and bulldozed them. Within 24 hours the intelligence chairs rolled over and played nice.

It's frosty and clear. Panetta has been deputized to go in and perform the intellecutal cleansing routine on anybody who supported torture, or extraordinary rendition, enhanced coercion, special KKK, and whatever other embellishments it went by. If you're pissing off Rockefeller and Feinstein, you're starting off right. It would suck to be the CIA right now. Yay!

(Danger Room and The Cable have some insider quotes. And Americablog speculates here.)
Posted by MarcLord at 8:39 AM

You paint a picture of mighty testy frosticles.

I think Panetta is just the guy for the job after 8 years of Bush appointees. LP is known for his intellect and his honesty. It is just what they need in the Spook House.

LOL, I guess maybe the choice of pictures was a bit subliminal.

This appointment was Team O's first that I actually cheered. Panetta has uncompromising integrity and is one of the good guys. All CIA analysis going on right now is about how to kiss up to him.

I did not cheer as you did on hearing this appointment because of his age. Obviously, most top picks are tainted by Bush on torture et al, and few would pass the test of a media release least of all appearing before the Senate. Panetta is a stand in guy.

I had the same concern initially because a 70-year old DCI is the oldest ever, and deviousness defines the CIA. So I checked it out, and "vigorous" is the word that comes to mind with Panetta and his wife.

They started their own intelligence institute and recently lobbied their state to convert an old Navy base in their bay into a Cal State system university. Which happened.

They're absolute ass-kickers. Panetta's a very young 70, not a stand-in, look up his Wikipedia article.