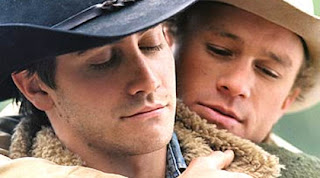 Paper: Bush Back-Door Advising Top Democrats
I'm not familiar with The Examiner, supposedly a Seattle-based paper. If the article below is true, and if Reich-winger author Bill Sammon really did accurately quote Bush in his upcoming book (The Evangelical President), the preznidentialities below give full weight to Gore Vidal's observation that "There's only one political party in the United States. It's called the Property Party, and it has two right wings." Bush says that Clinton or Obama will not pull out of Iraq once they're privy to the same data he has.

Fully true or not, these quotes point to assumptions about the future price of oil, and those assumptions have to be far higher than what even the most dire Jeremiahs (derided and dismissed by the status quo as chicken-little alarmists) allowed themselves to say. If the price isn't higher than what they've projected, the costs of a prolonged occupation will bankrupt the country.

An armed US presence in Iraq is provoking an insurgency which is costing taxpayers @$500 Billion present-value dollars a year (by the reckoning of Joseph Stiglitz, that includes equipment depreciation & replacement, energy expenditures, and future veterans' benefits). That level of spending hasn't bought oil access, and production has steadily declined. Yet, according to the Bullshevists, a pull-out from the area containing the world's largest untapped oil reserves would result in an outcome so disastrous that it will force the Democrats will have to stay on regardless. Naturally, you have to wonder what dollar-per-barrel figure the advisers are using to compute their "data."

If we project out to include the next two terms in Iraq/Afghanistan occupations, the total elapsed obligation (rounding upwards) at 15 years could well be @$7 trillion. Let's say Iraq can be pacified, that it doubles the level of oil production by 2015 and starts pumping out one billion barrels of oil per year. To pay for the past costs of the war, the net profit of each barrel to the United States must be somewhere north of $1000 ($1,000 x 1 billion = $1 trillion), and that margin must continue to be realized for more than 10 years. That would imply a commercial price per barrel of at least $1,75o.

Sounds like quite a mortgage we're into there, something like a reverse-adjustable rate in which we pay tons of cash up front, our ability to pay withers, and we get thrown out of the house. It also sounds like the analysis to the White House assumes there is no meaningful alternative to or replacement for oil. If we pull out of Iraq, everything is lost anyway, and debts are irrelevant because we won't have assets to back them, large or small. Here are excerpts from the article:

Washington, D.C. - President Bush is quietly providing back-channel advice to Hillary Rodham Clinton, urging her to modulate her rhetoric so she can effectively prosecute the war in Iraq if elected president.

In an interview for the new book “The Evangelical President,” White House Chief of Staff Josh Bolten said Bush has “been urging candidates: ‘Don’t get yourself too locked in where you stand right now. If you end up sitting where I sit, things could change dramatically.’ ”

Bolten said Bush wants enough continuity in his Iraq policy that “even a Democratic president would be in a position to sustain a legitimate presence there.”

“Especially if it’s a Democrat,” the chief of staff told The Examiner in his West Wing office. “He wants to create the conditions where a Democrat not only will have the leeway, but the obligation to see it out.”

To that end, the president has been sending advice, mostly through aides, aimed at preventing an abrupt withdrawal from Iraq in the event of a Democratic victory in November 2008.

“It’s different being a candidate and being the president,” Bush said in an Oval Office interview. “No matter who the president is, no matter what party, when they sit here in the Oval Office and seriously consider the effect of a vacuum being created in the Middle East, particularly one trying to be created by al Qaeda, they will then begin to understand the need to continue to support the young democracy.”

To that end, Bush is institutionalizing controversial anti-terror programs so they can be used by the next president.

“Look, I’d like to make as many hard decisions as I can make, and do a lot of the heavy lifting prior to whoever my successor is,” Bush said. “And then that person is going to have to come and look at the same data I’ve been looking at, and come to their own conclusion.”

So far, Bush has been encouraged by the fact that Democratic candidates are preserving enough wiggle room in their anti-war rhetoric to enable them to keep at least some troops in Iraq.

“If you listen carefully, there are Democrats that say, ‘Well, there needs to be some kind of presence,’” Bush said.

A senior White House official said the administration did not put much stock in pledges by Democratic presidential candidates to swiftly end the Iraq war if elected.

For the article in full, read here.
Posted by MarcLord at 12:43 PM

That George would offer advice to any future President given the abject failure he's been is tribute to the complete derangement of his mind.

His mental sickness could end our world.

One great thing about delusion is, you're always triumphant.

The other great thing is that it can, by comparison, make Nixon look sane. Oh for the good ol' days of Watergate and holidays in Cambodia.

Why in the hell would anyone listen to this brainless man? I would hope whoever the next president is, democrat I hope, that he or she will have a leg up just because they are more intelligent than president bunny pants.

Welcome. Love the term "president bunny pants." That about sums it up, may hafta steal it.

Except for the Clinton years, the White House has had a Texas oil man in office in a Pee or VeePee in every Administration since Kennedy's. This is the first time when both were oil men, and boy, do they let their oil spouts do their thinking.

Stay pissed off, Patricia, thanks for visiting!