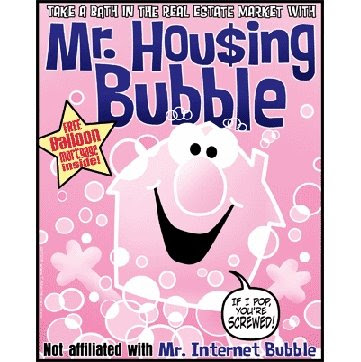 American Insurer AIG To Become People's Insurance Group (PIG)
Yesterday, Henry Paulson, aka "The Taxpayer's Friend," organized an $85-billion government loan to the American Insurance Group. AIG owns everything: insurance policies, fleets of jets, railroads, shipping, the Caribbean, and about $600 billion in subprime derivatives. Today, gold went up $90.40, the biggest one-day gain since Rumpelstiltzkin stopped magically spinning it out of straw. There just might be a connection.

There are a couple of interesting details about AIG's deal. First, the government got 80% of its assets in return for a 12.5% (8.5+LIBOR) loan. 80 percent. If you're an AIG shareholder your shares were just diluted by 80 percent in one night. But, it's not a bail-out, no siree...it's more of a huge doomed fire-sale with overwhelmingly tempting opportunities for fraud. How?

Before the "how," the Feds are a little short of the $85 bill promised, so Treasury announced it would auction new debt to finance the AIG rescue plan, no doubt pointing to the great yield they're getting. (CBS News) Financial systems are interconnected, of course, with the vital organs of heart, lung, brain, liver, kidney represented by New York, London, Hong Kong, Paris, Berlin. When those stop functioning normally, lesser organs and extremities fail first:

“Russia halted stock trading for a second day, poured $44 billion into its three largest banks and relaxed restrictions on lenders to stem the worst financial crisis since the nation defaulted a decade ago.” (Bloomberg)

But any one major organ failure can take the whole body down, too. Today's good news was that the two remaining investment banks, Morgan Stanley and Goldman Sachs only went down by 44% and 25%. The good news is that they'll trade tomorrow; not so the oldest money-market fund in existence, which broke the buck (devalued under $1) and halted trading after experiencing a run on the bank. At last Friday's close, the Primary Fund had $62.6 billion in it, and depositors withdrew $40 billion between then and 3PM Teusday, when it froze redemptions for 7 days, citing the Lehman bankruptcy.

To judge by the sector-focused failures in the heart of the system, and by their accelerating intensity, we've got a system-wide emergency going down, one which is probably about to turn deflationary. Deflation, a quaint term, is now known by its new-fangled term as "demand destruction." Given that Lehman alone lavished $5.7 billion in bonuses onto its favored employees last year, most of whom live in New York City, quite a few yachts and vacation homes are poised to hit the market.

But back to the AIG fraud, which by now looks like an order of fries. The $85 billion in loans are supposed to finance an "orderly liquidation" of AIG assets. Translation: AIG is toast, they will sell off the good stuff first at low prices, stuck with crappy non-performing derivatives no one wants. As with any yard sale, they'll eventually prop the unwanted items up on the front lawn under a hastily hand-made sign which says, "Free." A likely question: how much of the government loan will be repaid before the default? I'm guessing about $40 billion will ever come back, or a year's worth of debt service at %12.5 plus the sale of a few core businesses. AIG shareholders, screwed. US taxpayers, check. AIG's dream-luck scenario is they unload their toxic subprime portfolio for .25 to the $, which means many newly unemployed homeowners will be trying to stave off agents of foreign banks and Sovereign Wealth Funds from foreclosing on their domiciles.

Don't panic--there's a real upside here. For example, the collapse of the Almighty Dollar means it won't be able to finance the ground wars it has going, much less start WWIII. This too shall pass, and financially speaking, there's a lot of America left to buy. Things will come around, the heart and lungs won't completely fail, they'll just be on life support for awhile, pumped with blood and oxygen from other sources.

Paying off a hefty resuscitation bill won't be fun, but American capitalism will survive in a restrained form, savings rates will return and be invested, and another New Economy will come roaring unreflectively back to start downing $200 martinis. Now that all the pigeons are coming home, I can't help but draw a comparison. The difference between the AIG deal and how the Soviets used to subsidize a system of horribly unprofitable, venially corrupt industry sectors, cement production to name but one example, is this: at least the Soviets got cement.

(Update: there is a great financial industry visualization tool up over at the NYT. It's called 'A Year of Heavy Losses,' and draws the banks to scale. When you roll over each box, you see their market values vs. a year ago, their current status, and the financial sector as a percentage of total Wall Street valuation.)

If only I were a Christian! Is it too late to convert? Then I could preach, in my imitation Scottish accent: "Och! Ye had it coming! Ye have angered the Lord and now he's angry with you!"

More seriously, I see happening by cockup what conspiracy could never have achieved.

We are rapidly reaching a result that the downsizers could have only dreamed of. (I'm one, but it's called retirement, not idealism.)

They thought the excesses had to be renounced by highmindedness. Instead they are being snatched by incompetence.

But how unreflectively will the old ways come back? How many plagues before the reflection takes place?

I know, the answer is seven.

OT - The only reason Bush will withdraw the troops is because he will need them at home to oppress the masses...that is...unless Bush really thinks the troops should be as far away as possible because they and the national guard couldn't be counted on to be loyal during a suspension of the constitution.

human nature, conspiracy, and cock-up are, as far as I can tell, the normal state of human affairs, and are usually the same thing all at once.

Like the plagues which won't stop coming until the hosts are inoculated, this crash won't stop until property prices stop falling, which are now largely a function of foreclosure.

If McCain is elected, we'll have something like another Great Depression because the cycle of foreclosure (contraction) will be allowed to continue.

was today a Red Pill or Blue Pill day?

as the adage goes, "what you do abroad, you bring home." The path forks in the next 60 days. Down one fork is the Green Deal, i.e. expansion. Down the other is contraction, and what you have already seen in your vision.

I think you left a zero off that price of gold.

no, that's how much gold went UP. In a day. Biggest one-day rise against the dollar since there have been dollars.