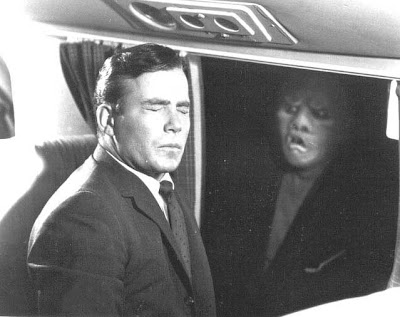 TSA Proposes Three-Day Notice For Air Travel
Insanity. It's what's for dinner. In hell. If implemented, the TSA proposal means all airline passengers will have to undergo security checks to get permission to travel. Boarding passes will be denied at whims, and it seems domestic travel is included. If so, this is how the Thing Which Can't Be Named will clamp down. Travel to the US is already down by 10% since 2001. Boy, I can really see this reversing the trend! Via the Register:

Under new rules proposed by the Transport Security Administration (TSA) (pdf), all airline passengers would need advance permission before flying into, through, or over the United States regardless of citizenship or the airline's national origin.

Currently, the Advanced Passenger Information System, operated by the Customs and Border Patrol, requires airlines to forward a list of passenger information no later than 15 minutes before flights from the US take off (international flights bound for the US have until 15 minutes after take-off). Planes are diverted if a passenger on board is on the no-fly list.

The new rules mean this information must be submitted 72 hours before departure. Only those given clearance will get a boarding pass. The TSA estimates that 90 to 93 per cent of all travel reservations are final by then.

The proposed rules require the following information for each passenger: full name, sex, date of birth, and redress number (assigned to passengers who use the Travel Redress Inquiry Program because they have been mistakenly placed on the no-fly list), and known traveller number (once there is a programme in place for registering known travellers whose backgrounds have been checked). Non-travellers entering secure areas, such as parents escorting children, will also need clearance.

The TSA held a public hearing in Washington DC on 20 September, which heard comments from both privacy advocates and airline industry representatives from Qantas, the Regional Airline Association, IATA, and the American Society of Travel Agents. The privacy advocates came from the American Civil Liberties Union and the Identity Project. All were negative.

The proposals should be withdrawn entirely, argued Edward Hasbrouck, author of The Practical Nomad and the leading expert on travel data privacy. "Obscured by the euphemistic language of 'screening' is the fact that travellers would be required to get permission before they can travel."

Hasbrouck submitted that requiring clearance in order to travel violates the US First Amendment right of assembly, the central claim in John Gilmore's case against the US government over the requirement to show photo ID for domestic travel.

In addition, the TSA is required to study the impact of the proposals on small economic entities (such as sole traders). Finally, the TSA provides no way for individuals to tell whether their government-issued ID is actually required by law, opening the way for rampant identity theft.

TSA representative Kip Hawley noted that the list has been carefully investigated and halved over the last year. "Half of grossly bloated is still bloated," Steinhardt replied.

The airline industry representatives' objections were largely logistical. They argued that the 60-day timeframe the TSA proposes to allow for implementation from the publication date of the final rules is much too short. They want a year to revamp many IT systems, especially, as the Qantas representative said, as no one will start until they're sure there will be no further changes.

In addition, many were concerned about the impact on new, convenient and cash-saving technologies, such as checking in at home, or storing a boarding pass in a PDA.

One additional point, also raised by Hasbrouck: the data the TSA requires will be collected by the airlines who presumably will keep it for their own purposes – a "government-coerced informational windfall", he called it.

The third parties who actually do much of the airline industry's data processing, the Global Distribution Systems and Computer Reservations Systems, were missing from the hearing.