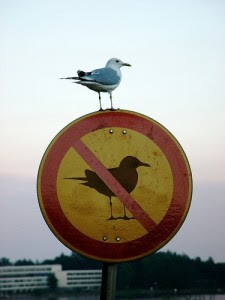 Unaware Of Their Own Irony
I'll sneak in one more drive-by post.

In the first government analysis of the Stimulus Bill, the Southern states, after throwing partisan shit-fits against it, are receiving the majority of its benefits. This is ironic, but typical, and has been the case since FDR's New Deal. They're all bluster and bombast, full of hortatory pull-yourself-up-by-the-bootstraps sermons in the front of the building, then they're constant crybabies in the alley out back. Maybe we should look at it as war reparations.
Posted by MarcLord at 6:14 PM

It's because they are mostly one step up from a third-world shithole. They talk a big game, but poverty runs rampant. I've always suspected it's a hold over from the antebellum slaveholder mentality.

It's hard to separate slaveholding out of the South's equation, since most of the economy was once based on it and never really recovered. Also, white laborers competing with slaves for jobs, and then worse, with freed slaves, is a contention that has never died down.

I inclination not concur on it. I over polite post. Specially the title-deed attracted me to review the whole story.