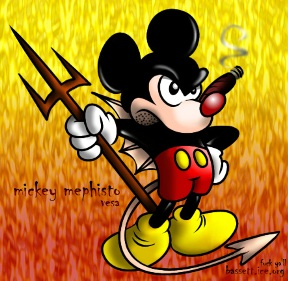 Dispatch from the Unserious Empire
On the White House's chess game with the military, I've really got to hand it to them. Their "credible partner" position is a well-constructed ruse for buying some time.

Upside, the position calls out the elephant in the room, i.e., Hamid Karzai's highly in-credible government. It waits to see the outcome of the predicted-here November run-off election between him and former Foreign Minister Abdullah Abdullah. Does anyone seriously think Karzai, having fixed 30% of the votes in the prior election, isn't going to run the same play again? When he wins, the White House can pen the Pentagon and coup d'etat Republicans in by saying, "Look, you've got a fine plan for nation-building there, but you yourselves have said it requires a credible partner to work. Which we unfortunately don't have. What's military theory say have to say about this new situation?"

Downside is, the White House's position is a lawlerly, even pharisaical ploy unlikely to achieve much else. It was just a political punt, and puts off the hard decisions of reallocation. Or as history will call it, withdrawal, defeat, ignomy. Worse, if the challenger is somehow elected, Afghanistan will remain a country with a puppet government everyone hates, one which will continue to generate a major insurgency. Unlikely as it may be, the military could point to an Abdullah Outcome and say, "Look, here's your credible partner. Ante up."

Wheels within wheels, but the net-net is we're still left with a war and an exceptionalist mindset which are together responsible for not having universal health care domestically, for an increasingly patronage-based economy, and for generating motivation for well-deserved vengeance on US civilians across much of the world.

For a more professional take, check out Frontline’s interview with former Col. Andrew Bacevich, author of the bestseller 'The Limits of Power: The End of American Exceptionalism.' The interviewer and Bacevich discuss the short tours of duty Marines have in Afghanistan and how that's contrary to basic principles of counterinsurgency doctrine. They have this exchange:

Bacevich: “A serious imperial country is a country that is willing to send its young men, and now young women, to these far-off places and leave them there indefinitely. That's not what I would hope we would do. But if indeed you're serious about fixing a place like Afghanistan, that's the level of commitment that probably would be required.”

Bacevich: “We're not a reluctant empire. We're an unserious empire."

For all their sins, China, Russia, Holland, Spain, England, these weren't fly-by-night operations. America has been, turning on its partners as soon as the price in Rome got right. As T. Boone Pickens bitterly complained, the Iraqis are going to let Chinese companies drill in the most desirable oil fields left on earth; I remain fervently against the Iraq invasion and detest oil companies, that's sheer lunacy. Every person killed and maimed in the effort to bring Iraq and its resources into the United States' orbit is mocked.

Bacevich points out in his book that the failure is systemic, and can't simply be hung on the NeoCons, who are far from the only Americans who believe in preemptively managing history with illusion. Military service, once civic function, has transformed into an economic enterprise, one directly and indirectly employing a large fraction of Americans. I and my partners were once again asked to be in the pay of that effort today, times have been tough, and it has given us reason for personal pause.