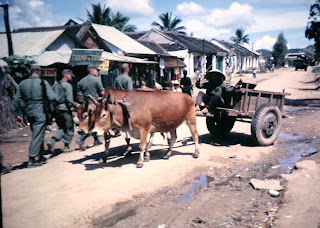 No One Could Have Predicted The Pentagon Would Repeatedly Beg For More Troops in Afghanistan
The median age in the tribal region known as Afghanistan is 17.5 years old. Over 50% of its population is 15-64 and there are roughly 14 million Pashtunis in the provinces where NATO has something less than 80,000 combat troops. It can be deduced that 3-4 million armed, hostile and clanned-up males are living large in those parts, not to mention getting visits and aid from 28 million sympathetic Pashtuni cousins over the porous Pakistan border. Nation-building with 100,000 troops there simply doesn't cut it, a fool's errand in a half-assed war.

A NYT article on the nature of things to come, the first official announcement of Serious Deterioration issues from the Pentagon, a mere four months after the start of the Af-Pak Surge, in 'US Military Says Its Forces Insufficient:'

The commanders emphasized problems in southern Afghanistan, where Taliban insurgents continue to bombard towns and villages with rockets despite a new influx of American troops, and in eastern Afghanistan, where the father-and-son-led Haqqani network of militants has become the main source of attacks against American troops and their Afghan allies.

The possibility that more troops will be needed in Afghanistan presents the Obama administration with another problem in dealing with a nearly eight-year war that has lost popularity at home, compounded by new questions over the credibility of the Afghan government, which has just held an as-yet inconclusive presidential election beset by complaints of fraud.

The assessments come as the top American commander in the country, Gen. Stanley A. McChrystal, has been working to complete a major war strategy review, and as the chairman of the Joint Chiefs of Staff, Adm. Mike Mullen, described a worsening situation in Afghanistan despite the recent addition of 17,000 American troops ordered by the Obama administration and the extra security efforts surrounding the presidential election.

“I think it is serious and it is deteriorating,” Admiral Mullen said Sunday on CNN’s “State of the Union” program. “The Taliban insurgency has gotten better, more sophisticated, in their tactics.” He added that General McChrystal was still completing his review and had not yet requested additional troops on top of those added by Mr. Obama.

Clearly, then, we must give McChrystal more money to throw onto Fortuna's roulette wheel. He aggressively campaigned in the Wall Street Journal a couple weeks back ("Taliban Now Winning") to go whole hog, more or less saying the Taliban were about to overrun a Wal-mart near you.

The odds against him are even more steeply fun now after last week's election wreck. In short, Dr. Abdullah Abdullah (nice media ring to that name!) will dispute the election, cite widespread reports of fraud, and probably force a run-off with Hamid Karzai, who was already known as "The Mayor of Kabul." Now he will be known as "Ridiculous Shithead Who Can't Even Rig An Election In The Most Corrupt Country on Earth."

To quote a general now lost to history in the Google Age, meaning I once read something attributed to him, probably in David Halberstam's 'A Bright Shining Lie,' and then googled for it and couldn't find his reference or his name, but anyway here goes: "It'd take 500,000 troops 8 years, and even then you couldn't do it." At the time, the general was estimating the number of troops it would take to stabilize Vietnam and turn it into a democracy. For Afghanistan, start with a million troops, think 20 years and then hope you get lucky. Quick, somebody pass Obama another bong hit.
Posted by MarcLord at 11:18 AM