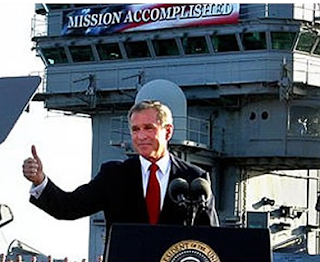 Goldman Sachs To Make Record Bonus Payouts
As we listen to the those "om-nom-nom" sounds draw closer, it's good to remember what the point of all the hubbub was: to have Goldman Sachs keep Wall Street on business-as-usual footing, and in return to allow it to take over the United States banking system. So glad Obama has placed the financial fate of the country in these people's hands. Via the Guardian:

Staff at Goldman Sachs staff can look forward to the biggest bonus payouts in the firm’s 140-year history after a spectacular first half of the year, sparking concern that the big investment banks which survived the credit crunch will derail financial regulation reforms.

A lack of competition and a surge in revenues from trading foreign currency, bonds and fixed-income products has sent profits at Goldman Sachs soaring, according to insiders at the firm.

Staff in London were briefed last week on the banking and securities company’s prospects and told they could look forward to bumper bonuses if, as predicted, it completed its most profitable year ever. Figures next month detailing the firm’s second-quarter earnings are expected to show a further jump in profits. Warren Buffett, who bought $5bn of the company’s shares in January, has already made a $1bn gain on his investment.

Goldman is expected to be the biggest winner in the race for revenues that, in 2006, reached £186bn across the entire industry. While this figure is expected to fall to £160bn in 2009, it will be split among a smaller number of firms.

yes Bee, they did gladly and they would again.

I found out today that Jolly got kicked off of Facebook. A mutual FB friend said it was because Jolly didn't use his real name.

motherf*#@ers. Now who am I going to trade redneck and white trash gifts with???

Everytime I look at that picture, I hear the song, "believe or not, I'm walking on air, I never thought I could feel so free, flying away on a wing and a prayer, who could it be? Believe or not it's just me."

It's the perfect cheesy song for lil Bush in that picture, from, I think, the show "Greatest American Hero," which adds perfect irony.