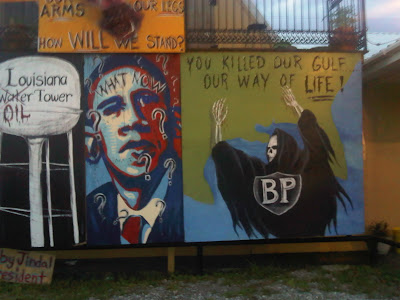 Behind the Oil Curtain: Why Egypt is America's Poland

For one so long prepared, and still possessing courage,
as must be so in a prince granted such an estimable city,
steadfastly grip a port-hole now and force yourself to listen,
forswearing any plaintive or coward-wrought entreaties.
Dwell instead on these reveries, dwell on their sweet choruses,
dwell on dazzling tunes borne aloft by strange and fantastic processions.
Dwell mightily, and give proper farewells to the Alexandria you're losing.

It was in center of the shipyards in old Danzig where the Soviet Union first felt its Warsaw Pact herniate. A young trouble-making electrician from Chalin came to work there in the late 1960s and founded the USSR's first and only trade union. The emergent union promptly struck in 1970, just after the government decreed an increase in food prices; their strike was put down in the traditional Soviet manner and 30 of its members were killed.

Suppressing the shipyard union then became the secret police's top priority. Despite a standard arsenal of techniques, they failed to quell Solidarity's membership or expunge its widely circulated underground weekly newsletter. When the next food-price hikes occurred in 1980, the shipyard's strike rippled across Poland, inspiring the government to officially recognize Solidarity and cave to their demands. Moreso, the government soon fell, martial law was declared, and interim rule passed to General Jaruzelski. I and others sent the Poles bars of soap, that being their most common aid request. Lech Walesa, Solidarity's founder, won the Nobel Peace Prize in 1983. He later became Poland's president following its first free elections in 1990.

The regimes in remaining Warsaw Pact nations either experienced revolts or simply sued for divorce, collapsing the Soviet Union. The Soviet defeat in Afghanistan is widely perceived as a primary catalyst of disintegration, but consistently wasteful, inflexible, inequitable and incompetent policies that generated determined internal resistance may well have had much stronger influenced on the demise's timing. Determined internal resistance is hereby mentally noted, as illustrated in the pic above the title.

Egypt's narrative arc may differ from Poland in aspects. Its ongoing revolt can genuinely be argued to spring from generational, technological, ideological, demographic and unemployment angles; but Egypt revolted because of high wheat prices, not the existence of Twitter. It's the same desperate anger that began to blaze under the keystone of Russia's Cold War strategy against the West, Poland, and heat and gravity pulled down the Warsaw Pact like dominoes. They were the Poles, Czechs, Serbs, Rumanians, Estonians, Ukrainians, Estonians, Albanians, and Cossacks who were second- or third-class subjects of the Kremlin, or even its designated enemies. This same exact process of too much heat and gravity on populations, on peoples denuded by predatory centrally planned regimes, who are now contemplating even grimmer futures than they became accustomed to, and whose leaders have long answered to foreign powers giving less than a toilet flush about them, is now resounding throughout Egypt and the rest of the countries shrouded behind the Oil Curtain. Hopefully world history will not remember this time very well, as that will mean it didn't devolve into a major war.

The Oil Curtain. That phrase has been ringing in my head for awhile, soon after Obama inhabited the White House, and it became immediately clear his main goal was not to "change the culture in Washington" but to simply keep the plates spinning and the vomitoreum going. Obviously I'm drawing a comparison between the Soviet Union and the United States some readers or family members may not be comfortable with. Unfortunately, the analogy fits all too well, and it won't take very long to fit even better. In a Part II I'd like to discuss why the US is not likely to intervene directly in Egypt, but will feel forced to nearby.
Posted by MarcLord at 12:38 PM

I read that while the military has been handed the reins, and promptly instituted martial law, that they plan on allowing elections to proceed in about 6 months. Personally, I doubt that will happen, but...

If the elections do go on, who will be on the ticket? Who will stand up to represent all the protesters who managed to out the most recent pharoah? I haven't seen anyone float to the surface yet. Maybe it's too soon.

As for whether the US will intervene directly in Egypt - I think that might depend on who "wins" that "election." I'm expecting the worst in this scenario. I wish I could expect differently - who knows, maybe I'll be pleasantly surprised.

Hi Bee, thanks for stopping in so quick! El-Baradei, the Iraq/Iran UN nuke program inspector, is the US preference. He's a Bilderberger, and would make a "democratic transition" feasible. An actual democracy would likely end up coming under the sway of the Muslim Brotherhood, since the problems that Egypt faces are the sort requiring a strong, predictable hand albeit at times harsh hand.

Egypt is the rarest of all things--a large Arab country with no oil to export. It's no longer truly strategic to US interests, certainly not vital, but Israel is hysterically fearful over what's happening. One can always hope.

Thanks for this. Here in England we had not given much thought to the analogy you present, that Egypt is to US what Poland was to Soviet Union.

Watching this interview with the British professor Niall Ferguson on MSNBC helped me appreciate your thesis. As a right-winger, Ferguson criticises Obama for not getting a grip on Egypt, i.e. not controlling the situation in the US's favour.

The irony is that true democracy, as you point out, would favour the Muslim Brotherhood gaining control, against US interests.

My own feeling is that there would be no Islamism at all, had there not been for decades all the pressure from Soviet and US interests. Islamism is a completely false enemy. The dog looks in the mirror, sees another dog who seems to want his bone. What looks like aggression is merely defensiveness. Move away from the mirror and there is no more threat.

All very well, but oil and Israel are still there to inhibit my simple solution. The nineteen-thirties seem so much simpler by comparison. They had no problems, other than the Depression, Hitler and Fascism.

Did you consider trading with the most recommended Bitcoin exchange service: YoBit.