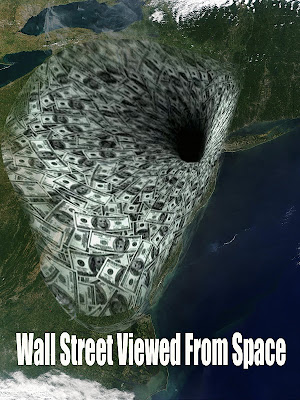 Does the Republic Still Stand? Hmmm...
It's a good question, especially for me, since on Tuesday night I learned from Lord Wife that there was an election or something, which she construed as some kind of disaster having to do with Republicans and corporate carpet-baggers. To which I said, "Wait, the Republicans won?? That's fantastic! Now Baby Hugo will get his concealed carry permit and we can send him to day care with the 38 Special. It's about damned ti---"
Next thing I knew, a dream was fading away, one in which I was discussing speech impediments with a young, nubile Barbara Walters; she had been explaining to me in delightful detail how she finally conquered the letter R. Gradually, Lord Wife's concerned face began to come into focus out of a gauzy, LED-like haze. She was holding a sturdy Calphalon pot by its handle, looking down at me lying on the kitchen floor and screaming, "No, no, go back! Go towards the light, you mental pygmy! TOWARDS the light!" Don't get me wrong, women's suffrage was a wonderful thing, as was the Great Depression which soon followed, not to mention...well I'll just let it go at that and start humming "We Shall Overcome."
The Pugs may sell us down the Cuyahoga slightly faster than the Dims. Or not. All I can tell, there's a tremendous puckering tension in this country between people who want to make it better via government and those convinced that will make it worse. Government? What government?? With all due respect, sir, I see no government here. What I've been paying my spare attention to makes elections, schmelections look like the pathetic little speed bumps they've installed around my neighborhood to try and get me to slow down (I know it was you who complained Louie, don't even try to deny it), and which I continue to proceed over at a sporty 45 mph. Now, if it were the basis of a Reality TV show, the object of my attention might well be titled "When Icebergs Attack" and might even intro with unintelligible gibberish such as this:

To provide operational flexibility and to ensure that it is able to purchase the most attractive securities on a relative-value basis, the Desk is temporarily relaxing the 35 percent per-issue limit on SOMA holdings under which it has been operating. However, SOMA holdings of an individual security will be allowed to rise above the 35 percent threshold only in modest increments.

Whuuh? Didn't understand that? You're lucky. Because chances are pretty good you won't be hunted down, tied to a stake, and burned by an angry mob in, oh, about 2 years give or take. The important take-aways from the bankerly blather above, issued after Wednesday's Federal Open Market Committee meeting, are:
1) yes, they are actually calling government debt instruments by the name of a sacred ritual drink from the Indo-Iranian Rigvedas.
2) even better, Soma was the drug Aldous Huxley wrote about in Brave New World, his futurist vision of what happens when the Federal Reserve enslaves everything, passes out the SOMA like farmers grow corn syrup and make everybody high as fucking kites until they must be killed for the good of society, i.e., before they have to be paid any of their promised Social Security benefits.
3) the post-modern English translation of the SOMA pronouncement is, "All rules are out the window now, we're just making this up as we go along anyway. What we ARE going to do is monetize the US government debt right in front of your face while mumbling incantations not even we understand anymore, only we're going to do it a lot faster than before, wearing our most reassuring suits and smiles. Resistance? Hahahahaaa! You'll beg us for quick death. Now drink your SOMA and get back to hallucinating, you mental pygmies!"
4) SOMA stands for System Open Market Account holdings, or what debt the Fed has amassed. It's over $2.xtrill now, and with yesterday's announcement we can expect it to grow another $1.xtrill by early next year. The Fed is about to pass China as the single largest holder of Treasury bonds, and I fully admit that "1.xtrill" is not even a real number. Which is exactly my point. Total yearly global GDP is said to be @$55.xtrill, not including the Vatican, so whatever the Fed is planning on spinning out of its fiscal/monetary rabbit vortex-hat next, it'll be LARGE.
There's a lot more of this obfuscatory exercise in concentration camp euphemism than just two sentences, there are reams. Reams and reams, with a whole lot of reaming going on. A curious person might ask: how long, realistically, can the Triad keep getting away with this? The Fed gives 0% loans to banks, the banks buy stocks to keep the stock market trending up, they buy Treasuries half-heartedly and pocket a 2.7% difference above their 0% loans, obviating the need to actually lend. By continuing to service each other's yields on Magic-Backed Securities (MBS), the international banking system (IBS) often exudes a curiously life-like appearance of continuing to function (CTF).
When it fails to function, starts puking and drooling and its diaper overflows, the Fed buys whatever Treasuries and unwanted mortgage-ish bonds don't sell, loans money to Iceland so it can buy ads for sex tourist campaigns, then J.P. Morgan's secretly embalmed Hand of Glory is waved and it's pronounced "stimulus." This is why I'm constructing a hidden bunker in my basement, or more accurately, underneath my neighbor's house.
For more able, stable bloggers than I get into decoding stuff like Reverse Repo Counterparties, Settled Holdings, Maiden Lane Transactions (tell me more, baby) and explain why negative Treasury yields (don't ask) are now occurring. My global finance learning-perch was street-side at The Curb, so the vividly profane, mayonnaise-stained trading language of my tutelage springs effortlessly to mind. One might call that learning experience many things, but boring isn't one. You'd hear the following sort of thing there on an hourly basis:

Intro, scene, Fed metaphor: you're minding your own business, going to a neighborhood farmer's market. On the other side of the street you see they're throwing a big party in the parking lot; the mayor, city council, and chamber of commerce sit on a raised podium, all roaring off-their-asses drunk. The lot is cordoned by cops in riot gear, ringing the banners, confetti, cheerleaders and high school band. A banner in front of the podium reads The American Way of Life; under it a bunch of men are dancing. Something looks odd about the dancing from a distance, and as you draw nearer, a gap in the crowd opens and you realize the performers are from the insane asylum and they're doing a giant circle jerk. They're jumping in rhythm and howling "Stim! You! Late! Stim! You! Late!"

I could relate other financial metaphors, but they're too dirty. In the annals of sovereign finance, what these dubious, dogmatic currency assassins are doing is Feast of the Mau-Maus bad. Hieronymus Bosch painting bad. Aleister Crowley summoning Satan to eat a May Queen's soul bad. It's ghastlier, grislier, and on a far grander scale than any swindle that's ever been run. At least the Tulip Craze was just about flowers. The South Sea Bubble took down two kingdoms, and that was just over a few far-off islands that wiped out some speculators who were already rich.
What we have on our hands now is about the homes we live in and the land underneath. The banks claimed ownership of them, leveraged their values by two orders of magnitude, then couldn't pay their investors off. Meanwhile, the speculators aren't being wiped out, they're the ones being given free money. To a simpleton clouded by news cycles, illicit substances and fiat currencies, this means everything's going to be just fine and I'm a raving lunatic. Which reminds me, we're going to need a second 12-gauge shotgun to back up the electric fence.
Orwell feared nations that banned books, Huxley feared a society in which nobody wanted to read them, and it looks like we're going to get the worst of both. Books or no, you catch on that Empires can get away with a lot because, well, they're frigging Empires. So in that context you could reasonably answer the little question posed above with "Quite a while." In following posts I'll lay out some consequences of monetizing debt, explain why Goldman Sachs is about to eat the Fed's lunch (meaning ours) and in all probability will rebut myself. Pun intended.
Posted by MarcLord at 3:03 PM

I haven't quite wrapped my lobes around what this (the bond purchase) means, except that interest rates will will be too low if you're an investor. Look forward to your analysis.

You're on the right path Phil. The Fed's approach has created a huge vacuum in mid-range investment-grade bond yields, those mild risk 5-7% bonds people have always looked for. The vacuum is about to be filled and it will kill the Fed.

Why, that image looks like a gigantic bathtub drain...