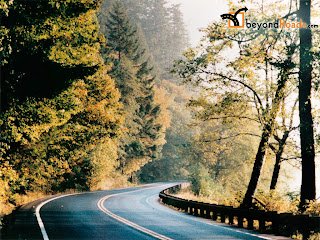 Apple: "No Reasonable Person" Should Trust Their Marketing
Edge: Bootstrapping Our Way To An Ageless Future By Aubrey de Grey
Riki-Oh: The Story of Ricky
Posted by MarcLord at 10:15 PM

Historical angles above my pay grade, but prolly not yours...

I am wrassling it to the ground as we speak.

it's a comment i left you on Sidewalk lyrics; in response to your "Shah was deposed without a shot being fired."

Not true! Shots were fired, people were imprisoned and tortured by Shah's Savak (far less than those killed and tortured by Khomeini though), cinemas burned (with people in them; Mosques were attacked with bullets, student protesters got beaten to death, and after ousting shah many a men got executed without trial (by Khomeni'ites)... Iran's revolution WAS a bloody one!

Khomeini "WAS" the elite ...
all mullah's in Iran are the elite; other side of the age old feudalist coin in Iran is clergy ... these people (the big Mullahs/ayatollah's) are the big land owners ... Shah opposed it; he has the so called white revolution, trying to get rid of land-lords ...

The religious man in Iran did not "revolt" for spreading wealth ... it was the communists and the nationalists who intended that; and it was the Americans who decided from the REAL revolutionaries of Iran, the "religious" ones were most likely to fall in line with America's interest ...
Read Bill Sullivan's memoir ...

I mostly read about Zionism from the German angle, but know from the History of the Jews that the Nazis, the rabbis, and communists all wanted to establish a Jewish state. The rabbis, including the Chabad, were complicit in herding their flocks into ghettos and internment camps in the hope it would speed the plow. The logistics simply weren't doable at the time, and the Holocaust (trademark) ensued.

you nailed me, as I thought you might. The protesters put their lives on the line and were mostly non-violent--so the revolution cost relatively few lives. Its success, I would guess, cost far more revenge deaths.

The context I was thinking of was here, what would happen if 10% of the population took to the streets for a few days. The US is a far more diverse and dangerous place than Iran, and the death count would be far, far higher. Bringing a government down would mean a protracted civil war, thus "not a shot was fired" comes from my own ignorance of events and that there wasn't wholesale slaughter.

In the US, we don't go out into the streets to protest without a permit because we know the police and the National Guard would shoot us without compunction. Or at least douse us with liquid lung-killing tear gas. I was at the WTO riots in 1999, and know our Shah wouldn't leave just because the nation wanted him gone.

Claims were that shah ordered fire on 15000 protesters!

Shah was a coward and he was 'advised' to go by his boss; Carter! Carter wiggled the "human right" stick at Shah (while the real problem was not his HR record, but having had pushed the oil prices to unprecedented high!) and he ran away on the first shhhuuuu!

Even I, as a 6-7 year old kid took notice of a new prime minister, practically every other day!

If shah had guts, half of his father's courage, a half baked intelligence, and a mind of his own, he would NOT have left Iran! Would not have left his 'so called' vision of bringing Iran to the golden gates of civilization in the hands of 'thugs'!

But he was too busy playing "western" ...

(If someone gave me a grant, I would quit my field (science) and dedicate a few years to translating a few good novels that are describing the psyche of the nation and the opportunism of those who took over!)

Have you asked why in the past 30 years, the 90% of Iranian people who hate the IRI have NOT taken up to protest? Because the IRI massacred 100,000 of such protesters at ONCE! Many of these 100,000 were those who ousted shah! The rest, were sent to war to get killed in eight years of protracted idiocy. And the fortunate ones, followed the footsteps of the man they kicked out from the helm; and fled the country, the war, and left it to thugs like Ahmadinejad ...