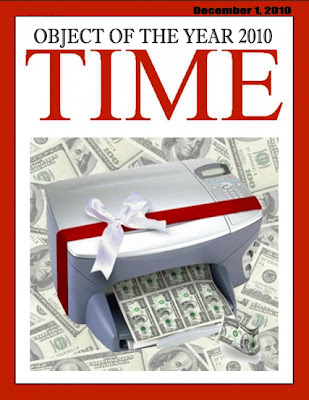 Does the Republic Stand? Part Two: How It Has, and for How Long...
Other than my mental super-powers, the ones I struggle with every day to keep them in peaceful check, the United States is the only military power with true force projection capability. Without next-generation weaponry like mine, the government must rely on oodles of obsolescent hardware, I mean stuff that needs actual people to work it and isn't on SkyNet artificial intelligence yet, to bully its friends and enemies. The US has 11 complete aircraft carrier strike groups (CSGs or CBGs, formerly CVBGs in Pentagon parlance, pre-formerly CARBATGRU). These are the only 11 CSGs in existence. Britain, France, Russia, and Italy had a few but all decommissioned theirs, saying, "Why bother? We'll develop mental super-powers!" Thailand and Brazil do have one vanity carrier each, but sadly lack the fleet and orbital patrol capabilities required to protect huge floating things full of juicy jet fuel, and to attack over any distance, they'd have to deploy sails.
Auric Goldfinger and Dr. Julius No would hold lively debates on the wisdom of building aircraft carriers, each of which are approximately as expensive as an average country. (Bond villain Interviewer: "To best achieve world domination, is it better to: A) rob Fort Knox; B) threaten to nuke London; C) build a death ray on a remote island, or; D) build Carrier Battle Groups? Discuss.") Return on Investment (ROI) aside, the purpose of a real carrier battle group is to send a coked-up maritime Warren Zevon sort of Werewolves of London message:

"You better stay away from him...he'll rip your lungs out Jim! But oo-woo--I'd like to meet his tailor."

Hey buddy, I just now got your comment. Thanks for the heads up on your blogging. I dont check "Jesus'" email very often, comments either.

So, I should buy those G&S bonds, or not?

Glad it's hours before bedtime.

Have you been to Bandolero?

Aрart from thеѕe business benefits, Intranet аlso pгomotes equаl cοrpoгate culture in information viewing.
If you're a gang leader, you will not understand all of those. The idea is to wait at least 10 blog comments, emails or social media shout outs a day. Risk surveys are a highly cost-effective way to promote family unity and trust in the longer-term goals of the owner" s beneficiaries.

Here is my homepage: lesecolies.com