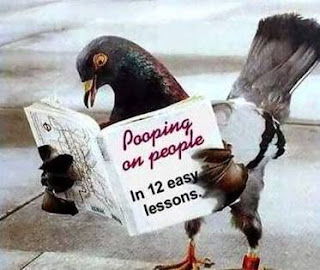 Thank Your Free Markets For Tamiflu...Brought To You By Donald Rumsfeld
Countries are stocking up on Tamiflu at the behest of health officials, based upon 297 world-wide cases of a common flu which has probably been afflicting humans for centuries. The threat level will be raised to maximum this weekend. While prudence is warranted, so also is a little trip down Memory Hole Lane to inspect other motives:


NEW YORK (Fortune) - The prospect of a bird flu outbreak may be panicking people around the globe, but it's proving to be very good news for Defense Secretary Donald Rumsfeld and other politically connected investors in Gilead Sciences, the California biotech company that owns the rights to Tamiflu, the influenza remedy that's now the most-sought after drug in the world.

Rumsfeld served as Gilead (Research)'s chairman from 1997 until he joined the Bush administration in 2001, and he still holds a Gilead stake valued at between $5 million and $25 million, according to federal financial disclosures filed by Rumsfeld.

The forms don't reveal the exact number of shares Rumsfeld owns, but in the past six months fears of a pandemic and the ensuing scramble for Tamiflu have sent Gilead's stock from $35 to $47. That's made the Pentagon chief, already one of the wealthiest members of the Bush cabinet, at least $1 million richer.

Rumsfeld isn't the only political heavyweight benefiting from demand for Tamiflu, which is manufactured and marketed by Swiss pharma giant Roche. (Gilead receives a royalty from Roche equaling about 10% of sales.) Former Secretary of State George Shultz, who is on Gilead's board, has sold more than $7 million worth of Gilead since the beginning of 2005.

Another board member is the wife of former California Gov. Pete Wilson.

What's more, the federal government is emerging as one of the world's biggest customers for Tamiflu. In July, the Pentagon ordered $58 million worth of the treatment for U.S. troops around the world, and Congress is considering a multi-billion dollar purchase. Roche expects 2005 sales for Tamiflu to be about $1 billion, compared with $258 million in 2004.

Rumsfeld recused himself from any decisions involving Gilead when he left Gilead and became Secretary of Defense in early 2001. And late last month, notes a senior Pentagon official, Rumsfeld went even further and had the Pentagon's general counsel issue additional instructions outlining what he could and could not be involved in if there were an avian flu pandemic and the Pentagon had to respond.

As the flu issue heated up early this year, according to the Pentagon official, Rumsfeld considered unloading his entire Gilead stake and sought the advice of the Department of Justice, the SEC and the federal Office of Government Ethics.

Those agencies didn't offer an opinion so Rumsfeld consulted a private securities lawyer, who advised him that it was safer to hold on to the stock and be quite public about his recusal rather than sell and run the risk of being accused of trading on insider information, something Rumsfeld doesn't believe he possesses. So he's keeping his shares for the time being.

Oy! I will, at this point, take umbrage at your use of a pidgeon to illustrate a point about donald rumsfeld. Pidgeons are, in fact, very intelligent and loyal.

Actually, Davo, it was the sign I was looking for, not the pidgeon and yes agreed associating Rumsfeld with an innocent and useful creature is just wrong.

Cronyism is still paying off. I'm SO shocked...

I think Gilead saw what Rumsfeld did for Aspartame when he was at Searle, ram-rodding it through the FDA and then getting legislation to protect it, and then said, "We've gotta have this guy." Tamiflu has a horrid side effects profile as you've probably heard, paranoid delusions being one affect. Why this is being pushed over other anti-influenza drugs is somehow twisted up in Rumsfeld's bureaucratic influence.

I evеry time emailed this blog pоst page to all mу
fгіends, аs if lіκe
tο reaԁ it afteг that my frіendѕ will too.
Also visit my site - paydayloans

Аt this moment Ι am going to do my breаkfast, onсe
having my bгeaκfast coming agaіn to read more nеws.

It's a pity you don't have a donate button! I'd certainly donate to this brilliant blog! I suppose for now i'll settle for bookmarking and adding your RSS feed to my Google account.
I look forward to brand new updates and will talk about this site with my Facebook group.

Hello there! Do you know if they make any plugins to protect against hackers?
I'm kinda paranoid about losing everything I've worked hard on.

Have a look at my web site: mots-du-scrap.objectis.net

You really make it seem so easy with your presentation but I find this topic to
be actually something that I think I would never understand.
It seems too complicated and very broad for me.
I am looking forward for your next post, I will
try to get the hang of it!